I've never used that Macro lens but wondered the same as above thinking that maybe some switch changes it from a regular lens to a macro lens & therefore changes the area it hunts through in order to achieve focus lock. Can that be what's doing it?

"A skill is developed through constant practice with a passion to improve, not bought."
Report Inappropriate Content
Message 51 of 105 (856 Views)
Reply
0 Kudos
TCampbell
Esteemed Contributor

Your images don't contain EXIF data and since I'm not there to see what you're doing, I can't say for certain why you're getting these results.  I don't own a 6D (though I do have a friend who owns one and it seems to be working extremely well for that friend), I do have the same EF 100mm f/2.8L IS USM lens and I get consistently good results.  If for any reason I do not, it will be because -> I <- botched the exposure... not the camera.

The camera neither gets the credit for my good exposures, nor the blame for my bad ones.  It's like blaming the hammer for building a bad house.  It's not the hammer's fault.

I did not invent the rules of exposure nor the guidelines for composition, minimum shutter speed to focal length relationships or any of those helpful guidelines.  The credit for all of that goes to many photographers who came long before I was alive.  But I do know that when I follow their guidlines, my exposures are improved. 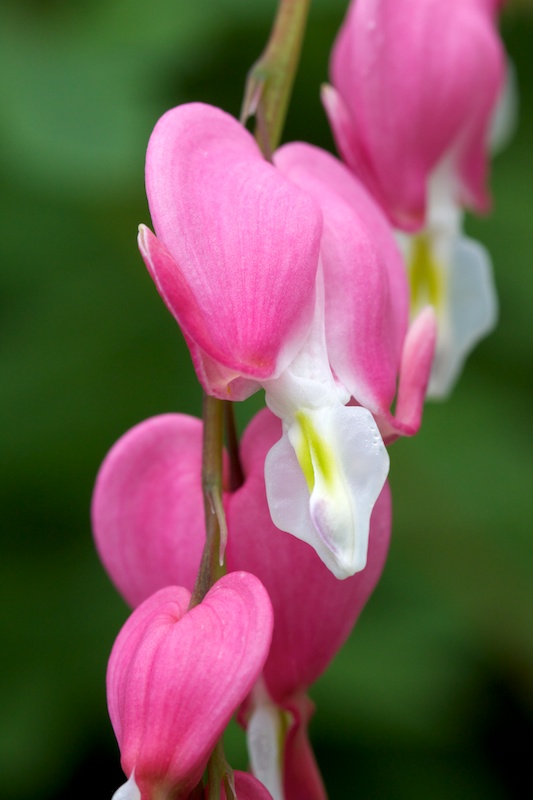 IS was on but the caution here is that since this was ALSO taken at f/2.8, the depth of field is extremely shallow so once the camera locks focus, the tiniest movement of my body either leaning forward or back by perhaps just a tiny amount would throw off the focus.    For this reason, close-up photography and tripods... pretty much go hand-in-hand.  So while I do have examples taken at much slower exposures, they were taken with the camera on a tripod and I was using a remote shutter release.

So it only stands to reason that the depth of field at F9 should be greater.  That is why I am so frustrated.  I know the rules and in this case things do not add up.

And, "I know the rules and in this case things do not add up."  Yes and until you start a systematic plan for elimation of what is wrong, things will never add up.  Do yourself a favor and try the lens tests, please!  Find out where the issue is.

I'm not sure which comments in the thread you are replying to in your last two responses Cindy.

If you are referring to the bleeding heart image, that's fairly close.  1:1 scale means the size of the subject rednered on the sensor is the same size as the subject in real life.   The bleeding heart is about 30mm in real life but occupies about 20mm worth of length on the sensor.  The sensor is 36mm (the wide direction).   That means this was taken at roughly 1:1-1/2 scale.

BUT... when you get REALLY close, the depth of field gets very shallow.

To get shots like that, you take multiple shots while nudging the focus just a fraction at a time.  I focus to the front edge of the subject I care about and mark the focus point, then focus to the back of the subject and mark that focus point.  Then I nudge the focus along from front to back just a hair each time.  Those resulting shots are then "stacked" using focus-stacking algorithms.  Photographers who do this routinely not only use a tripod, they also use a device called a focus-rail.

I'll give you some examples and these are all just quickly thrown together focus tests:

This was taken with that same lens at f/2.8 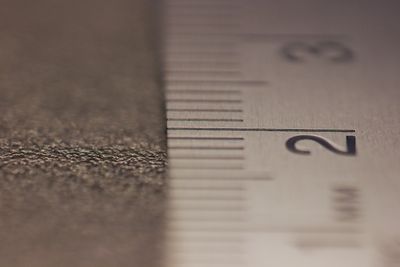 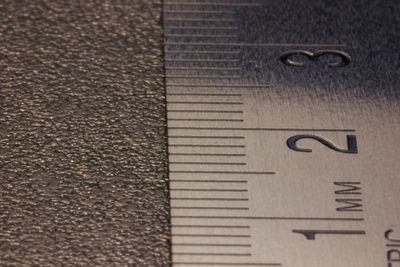 This is just one of 10 frames of a focus stack.  Notice that only a tiny area in the mid-section is in focus. 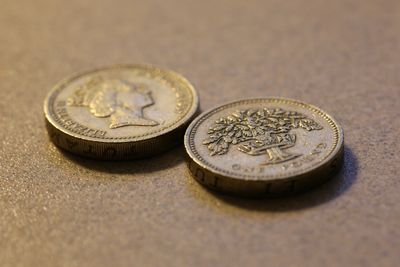 This is the result of bringing those 10 images (in which I nudged focus along between each frame) into Photoshop and performing a photo-merge to stack the focus.  This is not processed... I only showed the image just after stacking and if you look carefully you'll see artifacts along the top and bottom (close and far ends of the field) that look a bit wonky because of the way focus stacking works.  But I'm showing this so you can get an idea that those macro shots which are tack-sharp from front to back don't just fall out of the back of the camera after you push the shutter button.  There's a bit of work involved. 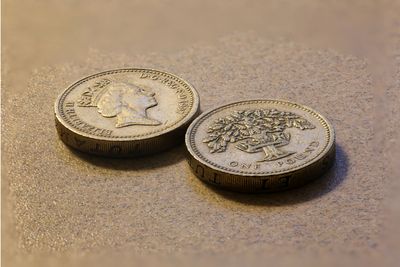 Image Stabilization buys you a bit of "wiggle room".  It is not a guarantee of good results.  It means you can cheat the shutter speed down slightly and will have a higher probability of getting a good shot.  But I am very careful to use precise grammer here... probability does not mean guarantee.  Also this assumes you actually use good techniques for body posture and camera holding which would normally result in the most stable stance possible (becauase the rules of minimum exposure speeds to avoid camera shake PRESUME a good solid stance.)

Each stop slower than the recommended stop has decreasing probability of success.  The EF 100mm f/2.8L IS USM Macro can buy you about 4 stops... but these are not all equal.  1 stop less is highly likely... but 4 stops less is only mildly likely.  It's a safety mechanism to tilt the odds more in your favor than they would otherwise be.   If you want a guarantee that camera movement wont be the problem, then use a setup in which the camera cannot possible move... such as a solid tripod and a remote shutter release.

It's up to you to learn about the product features, what they do, how they work, and when and where they might prove to be beneficial to you.  The lens can't tell you that... you have to read to learn.

You can check the DOF for any given aperture / distance here. 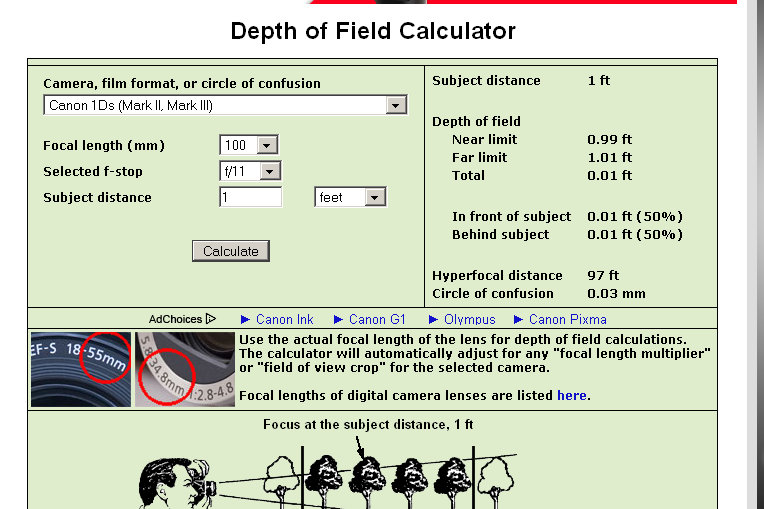 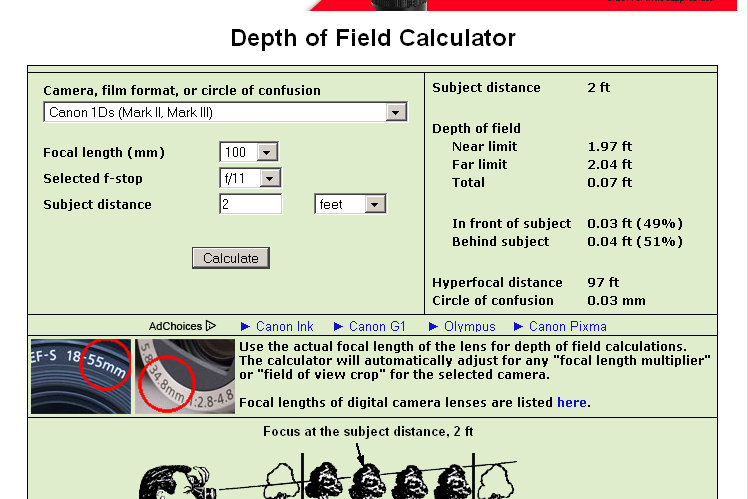 The .07 feet total in focus area from a 2 foot distance = .84 inch which basically means that if you laid a spool of thread on the floor & locked focus on the floor the top of the roll would be out of focus or at least very soft.

"A skill is developed through constant practice with a passion to improve, not bought."
Report Inappropriate Content
Message 59 of 105 (822 Views)
Reply
0 Kudos
cale_kat
Valued Contributor