Auto-suggest helps you quickly narrow down your search results by suggesting possible matches as you type.
Showing results for
Search instead for
Do you mean
Reply
Topic Options
kaylie_70D
New Contributor

Hi - I am a casual videographer and have had my EOS 70D for 2 years.  I recently noticed 3 spots that are persistent throughout videos, despite changing SD cards, batteries, and wiping the lens. See photo. Does anyone know the cause of these 3 red and blue spots and/or how to fix them?  Thank you! 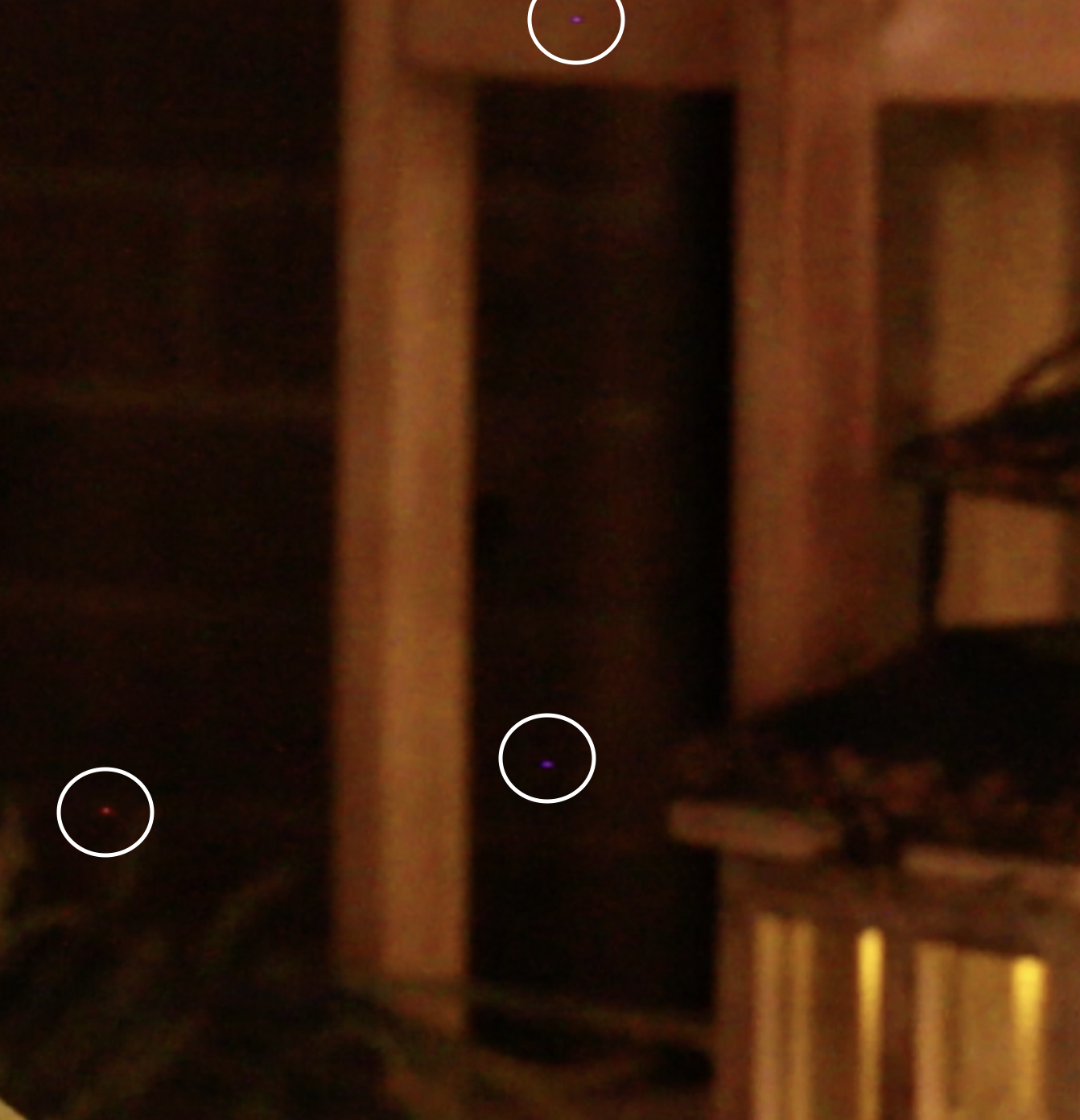 Those appear to be "hot" pixels and typically show up at a higher ISO setting and from the grain and color noise in the example you posted that appears to be shot at high ISO.  Try shooting some photographs in a brighter setting at ISO 400 or below (without a long exposure) and see if they disappear from those images.

They typically aren't a big concern with photography because it is easy to map them out if it is just a few at high ISO but video is a different deal.  The sensor will heat up more using video (or live view) than it will in typical DSLR use so these hot pixels are more likely when shooting video in a darker setting.

Unlike stuck or dead pixels these hot pixels won't show up under all conditions and they are going to appear under the wrong conditions even in very expensive camera bodies.

Thank you, Rodger! That makes perfect sense, as I cranked the ISO way up as a last resort because the room was so dark and lit with candles. I guess I should have brought in lights instead of cranking up ISO? Good to hear they are not dead pixels! I'll test out your theory to make sure. Also, I found this helpful tutorial on how to map out hot pixels in video: https://www.youtube.com/watch?v=xlXI7sqXF9c
Report Inappropriate Content
Message 3 of 5 (2,160 Views)
Reply
0 Kudos
wq9nsc
Respected Contributor

You are welcome Kaylie!

More lighting is usually better and helps to avoid the high ISO noise.

You don't have the same flexibilty in choosing shutter speed for video that you do for stills since you want to avoid choppy motion but going to a slower shutter speed will allow the same exposure at a lower ISO just like it does for stills.  In the case of video the mechanical shutter is held open and the shutter speed for video refers to the period of time the sensor is sampling the scene before it is read and refreshed.  So you may find a combination of a different frames per second and shutter speed will allow better video quality without overdoing the light.

Others with more experience with video will likely chime in.  I shoot very little video with my DSLR bodies and not much so far with the XF-400 camcorder althought that will change when my daughter starts her indoor soccer season next month and I will be dealing with trying to shoot video under horrible indoor lighting conditions.

Please see if this will help out.