This is how I might have treated this shot. 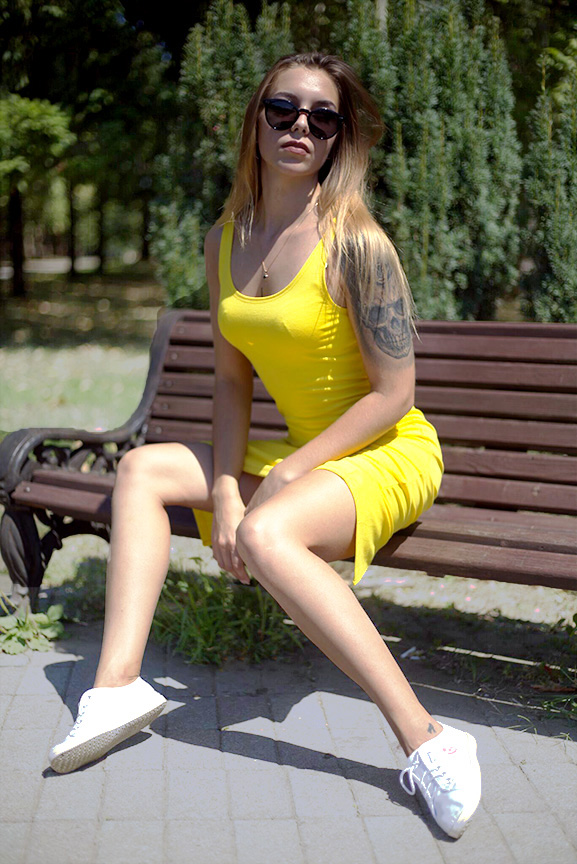 "The most adequate color toning that I like is third photo for me either."

I don't agree with Tim about not having gray in most photos to use as a WB starting point. Most, again most, note I did not say all Tim, scenes will have something that is near 18% gay.

It isn’t the tonality of the “gray”... it’s being able to be SURE that it actually IS “gray”.  18% is from the Angel Adams idea that “middle gray” is 18% (this has to do with the gamma of the human eye.  You’d think 50% would be “middle” but it turns out the eye... in an effort to improve dynamic range... naturally brightens up dark tones in a non-linear way).    Most modern digital cameras are calibrated to treat some value between 12-18% as “middle gray” with the majority being much closer to the 12% value.  If you had a “12% gray card” you could use it as a very accurate light meter.  But usually a gray card is used to achieve white balance... not so much as a light meter target.

If on a scale of 0-100% ... the “cyan”, “magenta”, and “yellow” colors are all perfectly equal, then the “red”, “green”, and “blue” light reflected (RGB is “additive” primary colors, CMY is “subtractive” primary colors) then the RGB values on the camera would be equal.

Very often a “white” will actually be some “off white” ... or a “gray” will have a very slight blue or brown cast ... it’s not genuinely neutral.

You can use anything you want... as long as it’s neutral.

The point of a photographic gray card is to take the guess work out because it’s designed to be neutral.

The point is Tim most photos will have something that can be used for 18% gray. That is what I said although I thought you may not have understood it.  Deep technical explanation as to what is actually happening not with standing.

Your monitor colors are completely off. Either that or your color preference is very different from most of us...the top one looks perfect to me...I wouldn't even bother to correct anything.  Your revised version is totally green and blue...horrible.

You are still not understanding.  WB in a Raw file is meaningless.  It can be set anywhere you like.  Raw files contain only luminous info.  Nothing else.  The WB that is used for display is taken from the camera but it is meaningless.

You are still not understaning what I mean.

The neutral gray is maybe 100 % right after setting white balance properly, but the overal colors still do not looking nice, and it is because from the start point when I did shoot this photo there was wrong white balance for the shadow scene.

I expirienced this all the time when I make mistake with wrong white balance settings the color saturation of raw files going over saturate and when you pick up the white balance from the right grey point the colors became very strange.

I'm going to make some tests some day, and then I'll show you what I mean.

"Do you have some permanent preset set by default in your Lightroom..."

I opened your jpg in ACR not LR and didn't make any additional edits except WB by selecting different areas.  Look at the gravel right to the right of her back.  There are several spots that are petty close to 18% gray.  Choosing her shorts was a mistake so don't choose areas like that anymore. 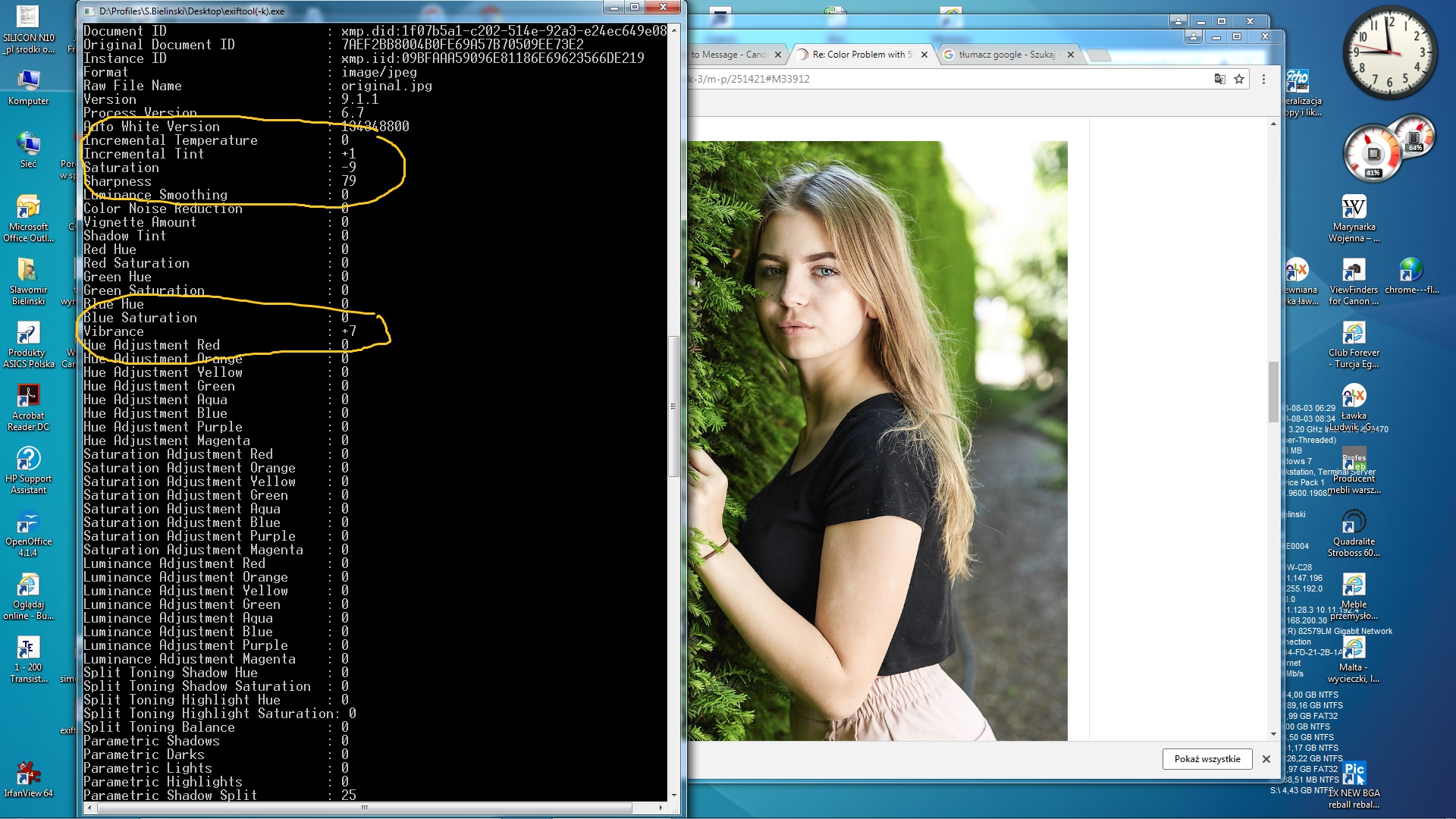 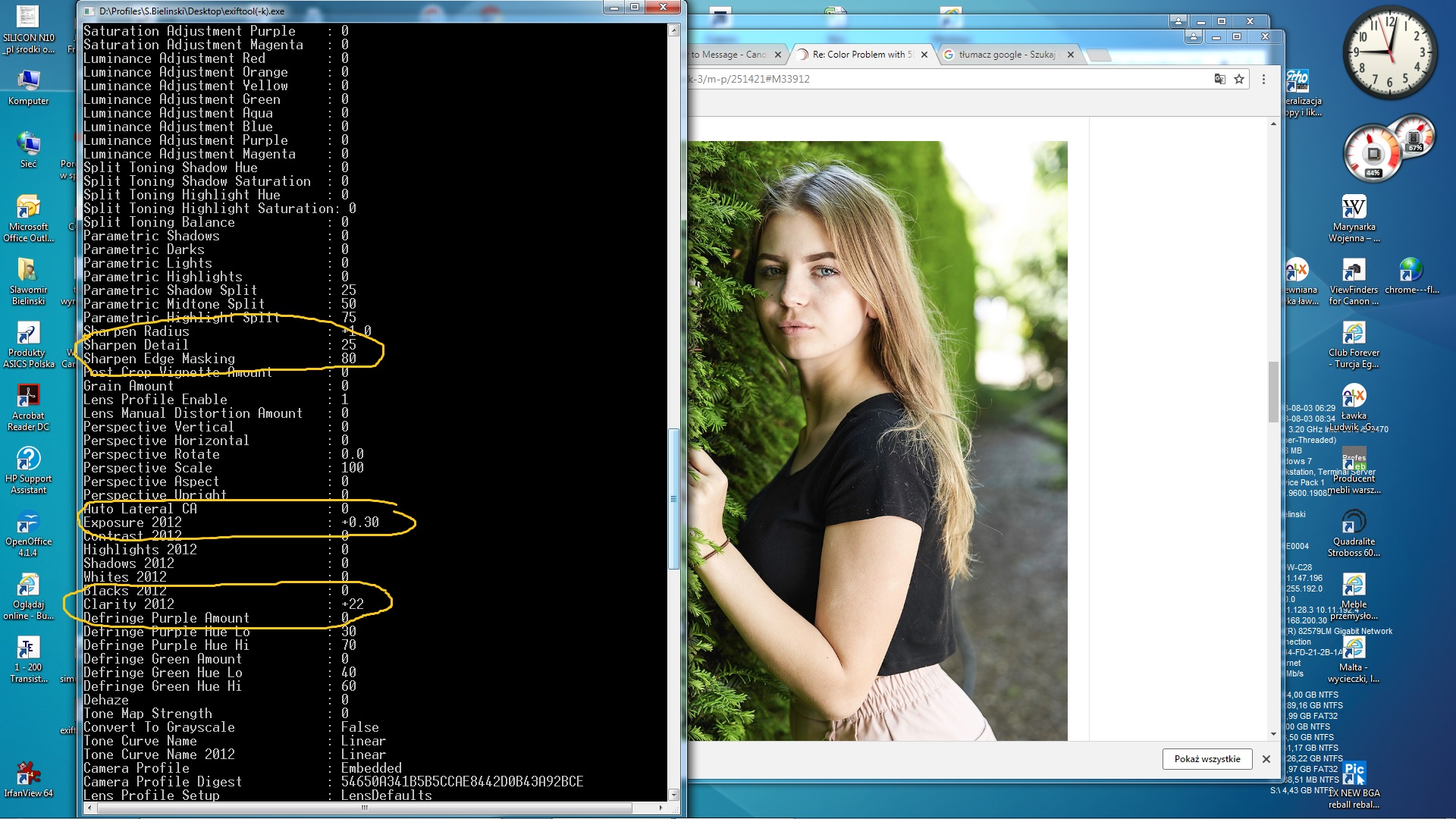 Thanks a lot to you all. You give me a bunch of very usefull information that I will use in my workflow.

My display is HP Elite Display E243i quite a good one but not for the commercial graphic work. I must finally to invest some day in better display but not now. And I will do calibrate my display to see a difference.
You've also confirmed me that everything is fine with my camera and I need to work on my post processing skil yet.

Sorry I was unclear. No additional edits were made to adjust WB except the grayscale selection point. Both your sample shots need other adjustments to make them more pleasing, IMHO.  I was unable to do lens correction but that doesn't effect WB for instance.

You still aren't  understanding a Raw file.  There is no WB.  None is 'set'.  You do that in post. You can set it to whatever you want.  If other colors are not to your liking they can be edited also.  If colors are getting off to what you like, I do suspect it is your post editing skills that need some more training.

Remember the image shown in your editor, is just a guess by the post editor using your camera settings and the editor's internal algorithms..  It still in no way alters your original Raw file.

"... the color saturation of raw files going over saturate and when you pick up the white balance from the right grey point the colors became very strange."

A quick thought.  When you add color to a photo, you add brightness.  Why, because you added something. This means you may have to decrease exposure or overall brightness.  Whether you added it by WB or other edits, anything added increases brightness. This might be what you are seeing as "going over saturate".

"When using the picker to set white balance, it's important to find something that is meant to be "neutral" in real life."

Maybe this will help and make it more clear.

In PS select the curves adjustment layer. Use the color picker and if it hovers over a spot in your photo that puts a dot right in the center of the curve, it is neutral gray. Almost all photos will have something like this or something very close.  With experience and time you will be able to just see these places and the selection will become easy. After you do this edit, you can do the others to make it a great photograph.