Auto-suggest helps you quickly narrow down your search results by suggesting possible matches as you type.
Showing results for
Search instead for
Do you mean
Reply
Topic Options
Robodot
Frequent Contributor

I did check for a back focus issue when i purchased it and recently. both times it shows a very slight back focus but I do not know if thats a big problem (both 70-300 showed the same thing here is a recent test: 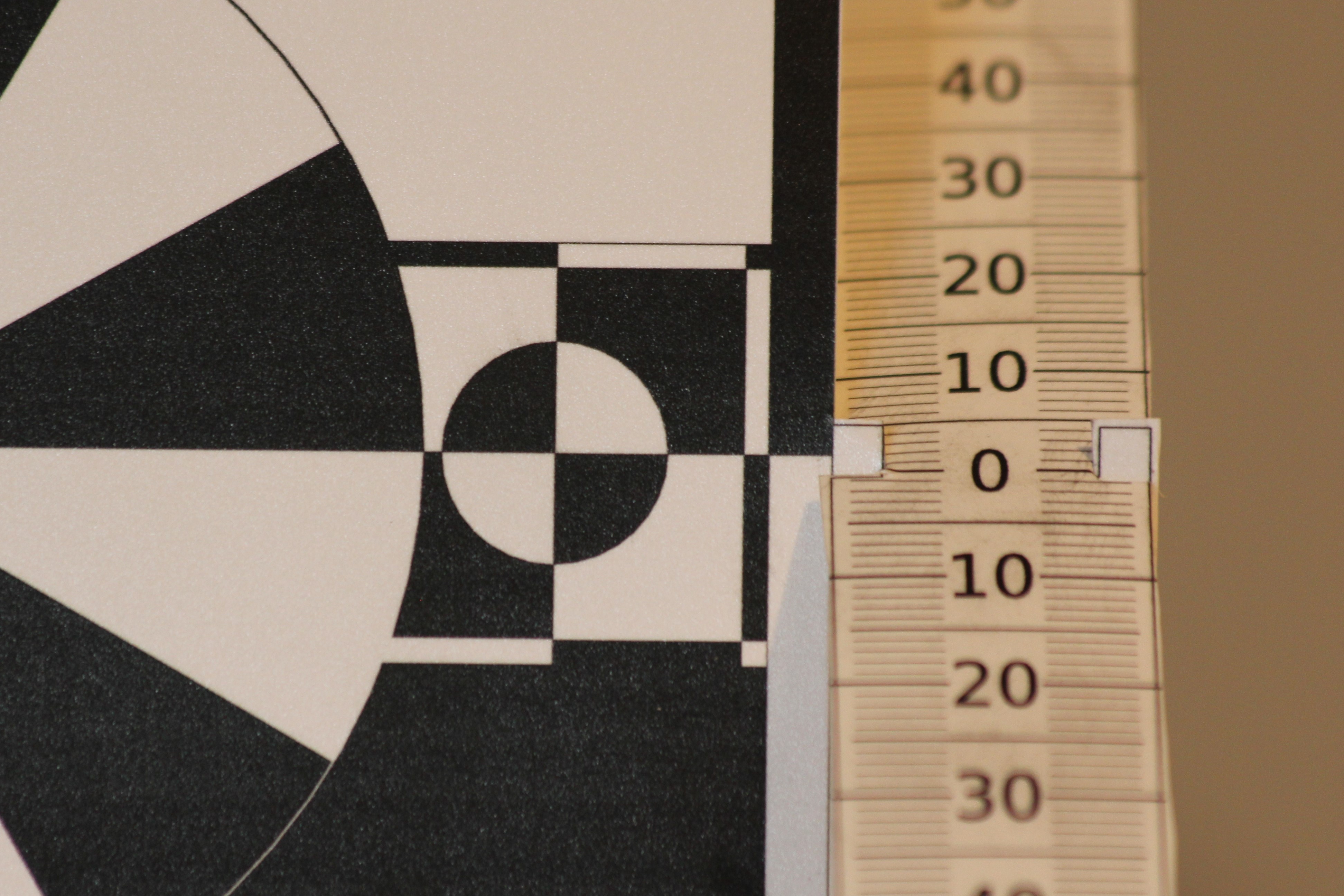 I really do not see a problem with the DOF in this shot.  Take a look at the illustrations near the bottom the page at this link.

You should always perform your [AFMA] focusing tests at maximum aperture, because this is the aperture setting that the AF system in the camera uses.  The whole point is that you want to see what the camera is seeing.  Test shots taken at stopped down apertures are simply put, not very useful.  The idea is to take a number of shots and come up with a working average.

The type of lighting used can affect the focusing system, too, so keep that in mind.  I have taken test shots indoors with artificial lighting, and gotten inconsistent results from one shot to the next.  When I moved everything outside into bright sunshine, my results were suddenly very consistent.  Sunlight has a broad spectrum, while artificial lighting generally does not.

There is a very good video on YouTube called “Dot Tune Method”.  It takes a lot of the guess work out of AFMA testing.

"Doctor told me to get out and walk, so I bought a Canon."
Report Inappropriate Content
Message 23 of 27 (345 Views)
Reply
0 Kudos
Robodot
Frequent Contributor

Thank you for that info, i do remember testing with Live View let me see if I have a sample, it may have been better: (I had to convert it from raw and crop it to reduce the size, still not any good) good try though!

Sorry, but that shot is not very useful for evaluating DOF.

Your previous shot with the inclined target scale is what you want.  This type of test target is good for evaluating noise and sharpness, assuming that the lens/camera plane of focus is working in proper order.

"Doctor told me to get out and walk, so I bought a Canon."
Report Inappropriate Content
Message 26 of 27 (338 Views)
Reply
0 Kudos
Robodot
Frequent Contributor