Auto-suggest helps you quickly narrow down your search results by suggesting possible matches as you type.
Showing results for
Search instead for
Do you mean
Reply
Topic Options
Robodot
Frequent Contributor

I think that video I saw had more to do with field of view and depth of field, I reckon.

One caveat, AFMA does not make a lens any sharper. It simply moves the critical focus point closer or farther from the film plane. Again, back to that fact a lens is what it is and it always will be. Unless mechanical mods are done, of course, goes without saying.

There you go again.  It is time once again to take you to school, my friend.

Your caveat  that AFMA does not make a lens any sharper is correct, simply because that is not what AFMA does.  Your observation that “a lens is what it is .... unless mechanical mods are done,” is also correct.  It does go without saying.

But, you consistently fail to connect the last dot, which I truly find quite baffling.  AFMA corrects the camera to the lens, not the lens to the camera.  You frequently tell people that Canon can do this calibration for you.  Why do you not understand that Canon has given the user the capability to do it himself.

There will always be some slop in how well parts are machined.  When you combine several dozen parts, the cumulative error can be significant, which is another concept that you have demonstrated that you fully understand.

So, I ask.  What is the difference between lens variations due to manufacturing tolerances and making mechanical modifications to a lens?  Of course, there is no difference.  Every lens is ever so slightly different from its’ brothers in a very small way.

You also exhibit a failure to grasp the fundamental nature of how AF works.  Autofocus is not performed by the lens.  AF is a process controlled by the camera body, which makes a given set of assumptions on how the lens behaves.  A process control engineer might describe the camera/lens AF system as a PID control loop.

Sometimes, these baseline set of assumptions of lens performance is INCORRECT due to an accumulation of variations in manufacturing tolerances.  These variations can be corrected for by making an autofocus micro-adjustment, AFMA, iwhich are made n the camera, not the lens.

So, no, an AFMA does not make a lens any sharper.  It tunes the lens AF control loop in the camera.

"Doctor told me to get out and walk, so I bought a Canon."
Report Inappropriate Content
Message 12 of 21 (695 Views)
Reply
0 Kudos
Waddizzle
VIP

Oops, I forgot to connect the final dot!  As I said, AFMA is a tuning process in the camera, not the lens.

Mirrorless cameras do not offer AFMA, because they do not need [it].  A mirrorless camera uses its’ image sensor for focusing.  It will focus on what the lens sees, which creates very sharp photos when you use a sharp lens.

A DSLR does not [normally] use the image sensor for focusing.  It uses a separate AF sensor for focusing.  Sometimes, there is a slight difference between what the AF sensor sees and what the image [sensor] sees.  The difference could be the camera body, which you could adjust for.  Most people adjust AFMA “per lens”, which allows them to correct for both camera and lens tolerances at the same time.

And, there you have it, the final dot.  AFMA does not make a lens sharper.  AFMA calibrates what the AF sensor sees with what the image sensor sees.  I do not know what is so hard to understand about that.

"Doctor told me to get out and walk, so I bought a Canon."
Report Inappropriate Content
Message 13 of 21 (686 Views)
Reply
0 Kudos
ebiggs1
VIP

"...AFMA is a tuning process in the camera, not the lens."

Thanx so much for confirming the fact AFMA does not make a lens any sharper although affirmation from you was not sought after nor desired. No matter how you try to spin it, that simple fact remains.  The lens is as sharp as it will ever be when it is constructed unless a physical or mechanical alteration is made.

"...AFMA is a tuning process in the camera, not the lens."

Thanx so much for confirming the fact AFMA does not make a lens any sharper although affirmation from you was not sought after nor desired. No matter how you try to spin it, that simple fact remains.

The lens is as sharp as it will ever be when it is constructed unless a physical or mechanical alteration is made.

Thank-you, but you still do not understand AFMA.  No one believes AFMA makes lenses sharper, except for you.  Where you get this misplaced belief that everyone else does not understand AFMA is baffling coming from someone as experienced as you.

“The lens is as sharp as it will ever be when it is constructed unless a physical or mechanical alteration is made.“

This statement is a declaration that you truly do not understand what AFMA does.  You are projecting that which you do not understand onto everyone else.  I just explained it, so there is no need to explain it again.  I had thought that i could help enlighten you about AFMA, but I see I was mistaken.

"Doctor told me to get out and walk, so I bought a Canon."
Report Inappropriate Content
Message 15 of 21 (668 Views)
Reply
0 Kudos
CaliforniaDream
Frequent Contributor

I think Robodot creates his posts just so you two can argue.  Seems you are both saying the same thing.  BTW you both seem very knowledgeable and I do enjoy your posts.

That is the first step to recovery. Admitting you have a problem.

I think Robodot creates his posts just so you two can argue.  Seems you are both saying the same thing.  BTW you both seem very knowledgeable and I do enjoy your posts.

We are saying the same thing, that being AFMA does not improve lens sharpness, but for very different reasons.

I think AFMA is a good feature.  it can improve the AF performance of the overall camera/lens focusing system.  Not all lens and camera bodies are manufactured perfectly identical.  The AFMA allows you to compensate for the variations due to tolerances.

He admittedly does not bother with using AFMA.  He thinks everyone believes AFMA improves lens sharpness.  Since lens charpness cannot be improved, then AFMA is just something to make people feel better about the gear, and does not improve the focusing performance.

When he says that once a lens is manufactured, its’ sharpness cannot be improved.  I would beg to differ.  In the previous post, I briefly touched on the subject of a control loop.

What is a control loop?  Think of thermostat on the wall that controls the heating furnace in a home.  You dial in a setpoint temperature.  The thermostat sends a signal to the furnace to ignite.  The furnace controls the mechanics involved in lighting the furnace.  It simply obeys the commands [Flame On] and [Flame Off].

When the furnace ignites this starts a forced air fan system, which blows warm air throughout the house,  The wall thermostat on the wall reads this air temperature, which it uses to determine when turn off the flame when the proper temperature is reached.  Because nothing is perfect, the temperature will overshoot the mark a bit, and miss the setpoint.

In theory, a cooling correction system could kick in, but most thermostats just shut down the furnace.  Smart thermostats collect data.  They look at the setpoint, how long the furnace ran, and how far actual temperature overshot the setpoint.  They use this data to compute the thermal momentum of the home, and will turn off the furnace a little sooner to reduce the amount of overshoot of the setpoint.

The camera and lens when combined form their own type of control loop.  Instead of a temperatare, the user dials in a focusing distance.  Instead of measuring temperature the the temperature controller is measuring focus.  Instead of lighting a furnace and controlling a fan, focusing motors are activated to move the focusing lens elements.  The goal is to set focus at a set distance from the camera.

The lens and camera each have a role in reaching the focus setpoint.  In the case of a home thermostat, it computes the thermal momentum of a home, and over the course of a couple days of heating cycles, it will be able to hold the temperature in the home at the setpoint, or in other words, achieve a temperature lock.

But, a thermostat only works with one house, while a camera works with multiple lenses.  The role of knowing the physical momentum and inertia of the focusing motors and lens elements falls on the lens.  The camera tells the lens forward or back, but the lens actually carries out the command.

Some lenses are able to move focusing elements better than others.  Some lens focusing systems may get into a tug of war with the image stabilization system in the lens.  My Sigma 150-500mm was really bad at this.  I usually had to turn off the Optical Stabilization in the lens.  I sold it for the newer 150-600mm, which improved the OS tendency to fight when the lens refocused, but it still created soft images, most especially above 500mm focal lengths.

I could get sharper images with the 150-600 by manually focusing at an area where I knew my subjects would be i.e. I would focus at the first base bag, and wait for the play at first base.  I could even focus at 600mm and get razor sharp images, but I could net get them with the AF system in the camera.  Making an AFMA adjustment could not correct, but eventually Sigma did.  Sigma released new lens firmware, which had completely rewritten AF and OS algorithms. 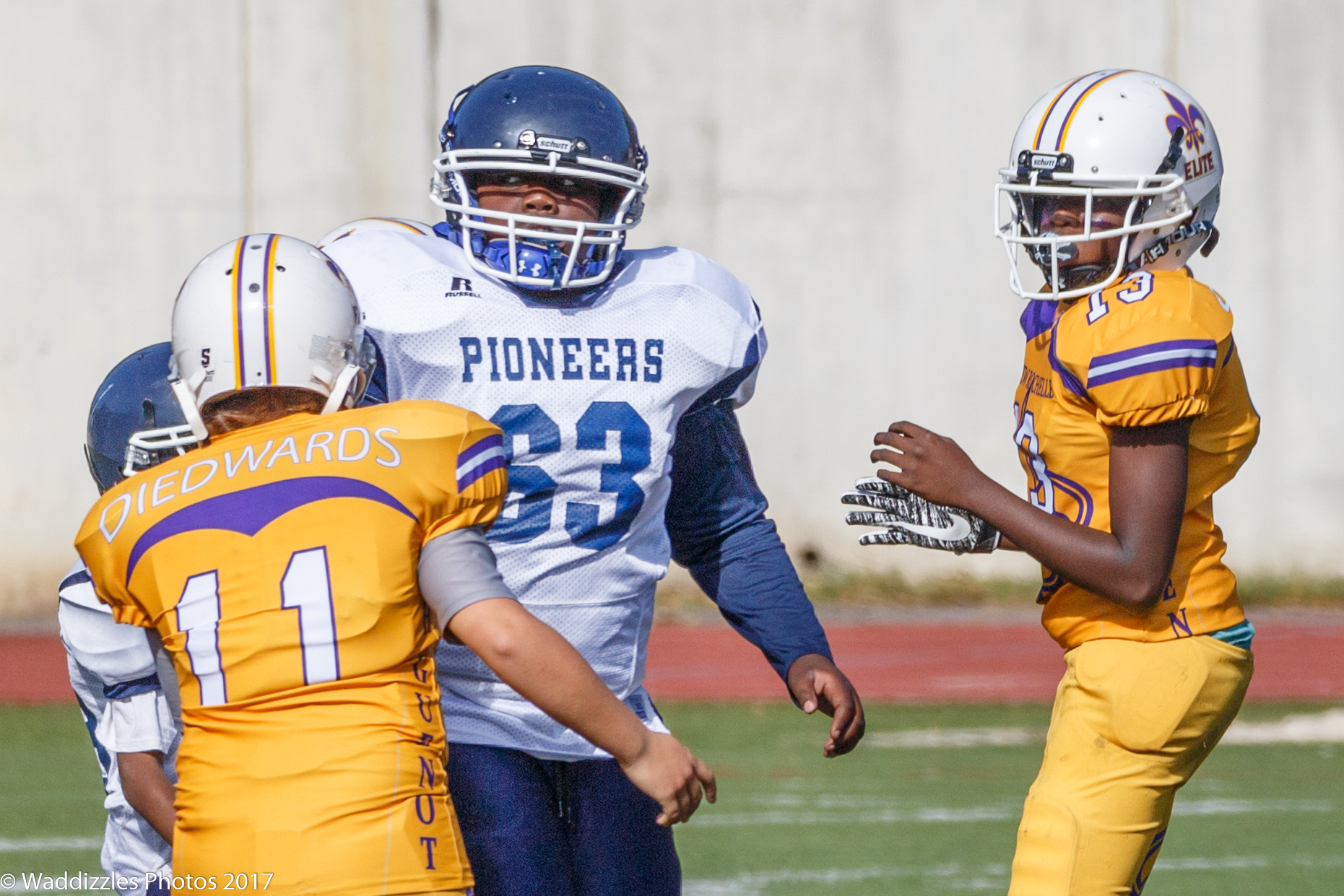 Shot with a 6D.  Pretty amazing, I think.

"Doctor told me to get out and walk, so I bought a Canon."
Report Inappropriate Content
Message 18 of 21 (649 Views)
Reply
0 Kudos
ebiggs1
VIP

"Robodot creates his posts just so you two can argue."

Not hardly. I do not consider wadrizzle a legitimate person to argue with. I basically ignore him or her. I simply tell it like it is.

AFMA is simply a procedure that allows the camera to correct for small errors with front or back focusing misalignment. Nothing more, nothing less. It does nothing to the lens at all. The lens is as sharp as it will ever be no matter how many thermostats you try to throw at it. The AF system in the camera can't alter the lens, but it can control what is happening behind the lens in the camera.  I.E. move the focal plane. However even this system is not perfect. DOF influences it and angle to subject does also. How fast, how open, a lens is, is another factor. Slow small aperture lenses do not benefit from AFMA as much as faster larger aperture lenses do. These conclusions come from years of actual photographic experience. When a person buys an expensive camera then becomes an overnight success, a keyboard jock if you will, they often fall to Internet conclusions.

I would have to agree with ebiggs1 about what AFMA really does.  The way a lens focuses is a feed back loop, which has nothing to do with AFMA.  AFMA only changes the settings of that feed back loop.