Auto-suggest helps you quickly narrow down your search results by suggesting possible matches as you type.
Showing results for
Search instead for
Do you mean
Reply
Topic Options
Highlighted
cogent
Occasional Contributor

What kind of cable connectors fit the gp-e2 to a canon EOS r?

Can’t you just put the GP-E2 in the hot shoe and use it without a USB cable?

If you want to use a cable you would need a USB-C to mini-USB cable. 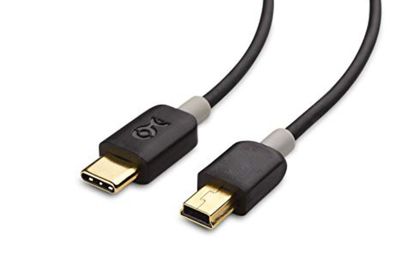 I bought this unit used without the cords.  And if you want to use flash, you have to get the GP-E2 off the hotshoe.

The port on the side of the GP-E2 looks a bit odd.  I wanted to download the GPS logs and even though I have the cables that came with the GP-E2 (I'm the original purchaser), it doesn't come with anything that plugs it into a computer.  I phoned Canon support and they told me to just use any USB cable that has a mini-USB end.  They designed that wierd looking port on the GP-E2 so that in addition to their own proprietary connector ... a standard USB mini cable will fit (and work).

The cords that came with the GP-E2 (there are two) have a USB mini on one end, and the other end has the proprietary port.  They included both a "short" cable (the 7D could use the GP-E2 but only via the USB port .. not via the hot-shoe) and the other is identical but a much longer cable (if you want to attach the GPS somewhere else other than on the camera.

SOMETIMES you can call the Canon "parts" department.  The cables are NOT sold as "accessories", but you can probably order them as "replacement parts" by going through the parts deparment instead (I had the same issue with the 60Da ... there's a cable that lets you use Canon's TC-80N3 intervalometer with a Canon 60Da (which has a different type of plug) and they don't sell that cable as an accessory ... but they DID sell it as a replacement part via the parts department.

I attach mine directly to the hot shoe  on my R since I rarely use flash outside.

I have the Canon "off camera" cable but it too only has one hot shoe.

I have not personly tried this cable...  but it should work and Amazon handles returns very well if it doesn't.