I am also shooting manual mode with automatic ISO. With the poor lighting and fast action I am leaving the aperture wide open at F 2.8 with the shutter at 1/500.

Without the 1.4X extender the ISO for a good exposure is ranging from 8K-40K with most of them in the 10K-20K ISO range.

With the 1.4X extender (same arena) most shots were at 51,200 and those are usable for their website but I didn't care for the results.  At 25,600 the images are pretty good.

I will be really happy to get outside into better lighting but even though I am on the steep part of the learning curve with processing high ISO RAW files I am impressed that it can produce usable images at 51,200 which was used for the first sample.  The second sample is at 16,000 and I think I caused a little blur when taking it.

The camera abilities greatly exceed the ability of the operator at this point. 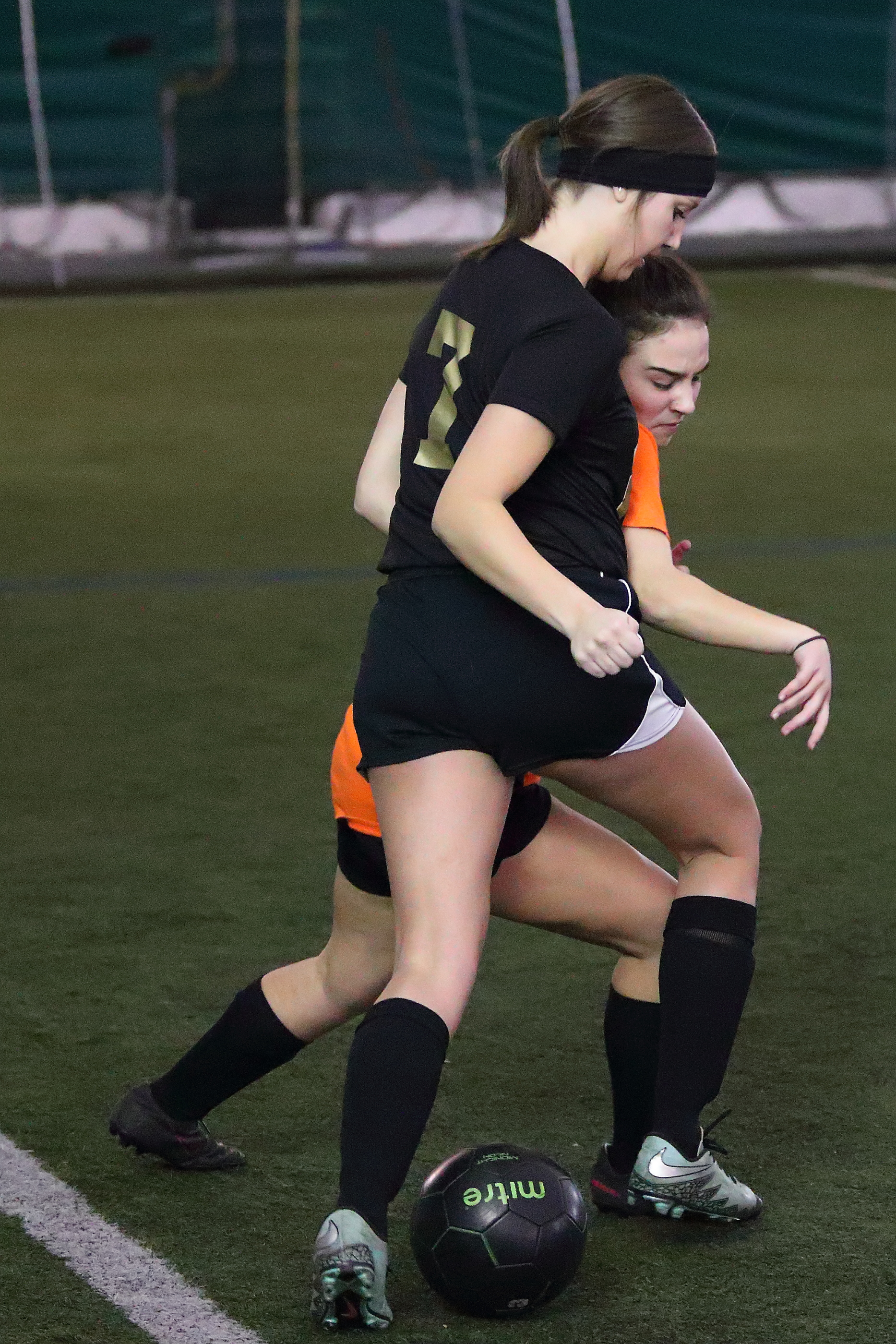 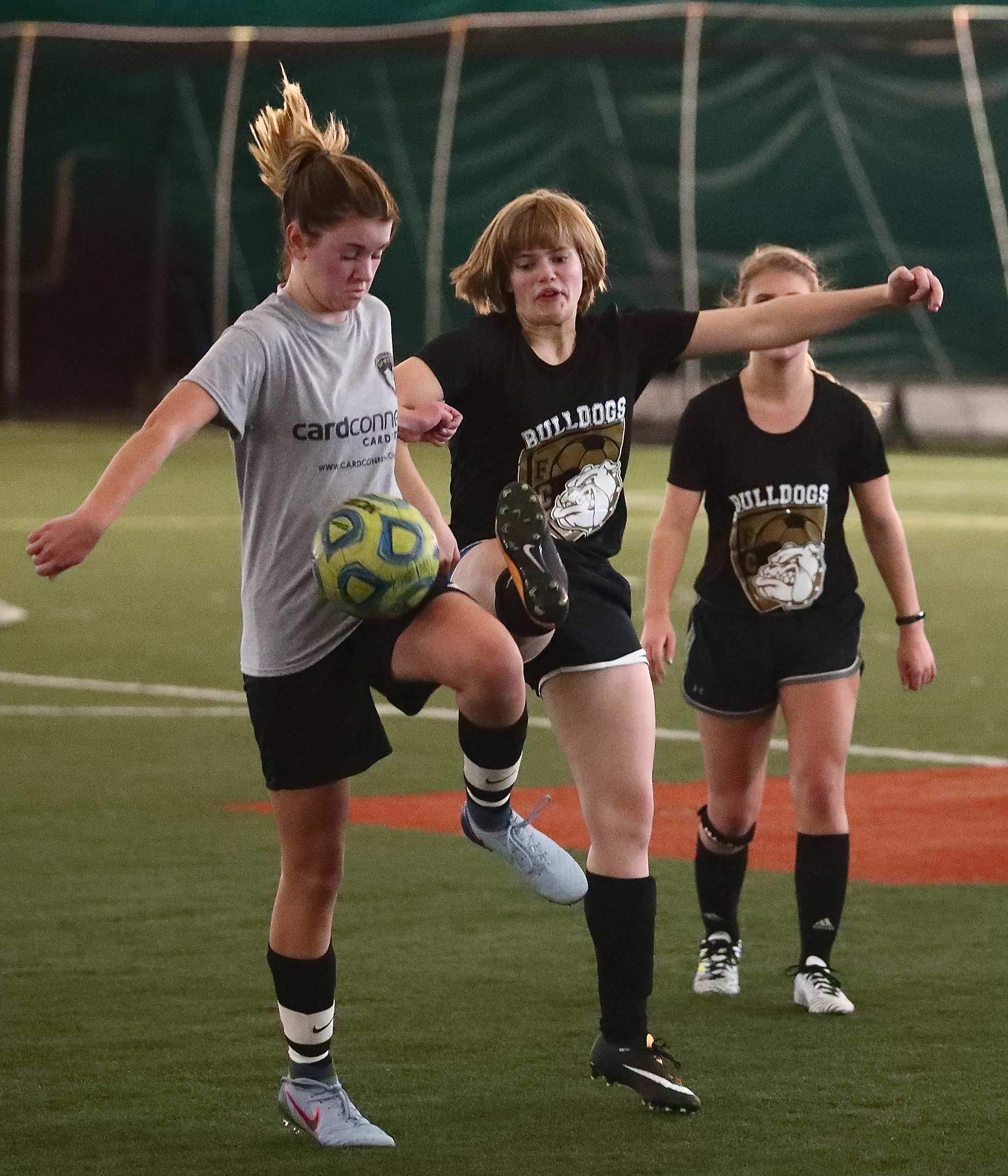 Very good advice.  I do shoot RAW and I don't use filters (I use the lens hood to protect the front, but that's it).  Good points on the focus priority setting.  I did not change it for this past meet.  Also tried a few other of your recommendations.  Thanks again!

I found the same thing regarding ISO... 51,200 just too much for my taste.  25,600, for my purposes (i.e. not large prints) was more than acceptable and the noise cleaned up well in LR.  In general, I find Canon's noise a little more appealing in the sense that (to me) it looks closer to old-school film grain, so for some shots, even has a somewhat nostalgic look for me.  It was more than acceptable at 25,600, which I did not anticipate.  On my old 7D, beyond 6400 was too grainy for my taste, but that was the first model and nearly 10 years old.  I'm very pleased with the upgrade and, like you, the camera far exceeds my abilities at this point.

These forums are a great help.

You should download and read the AF Setting Guidebook for your camera.  It's located here:

In modes such as spot AF, single point AF, expand AF, and surround AF, the camera is really wanting to use one point.  The difference is that in "spot" AF the one point is reduced in size.  In standard single point it's normal size (not reduced), in expanded AF it gets to use the points above, below, left & right to assist the center point in acquiring focus, and in surround AF it gets to use all adjacent points (including the diagonals) to assist in acquiring the focus... but they're all variations on single point AF mode.  You can think of them as changing the "size" of your single point.

It is my underststanding that these modes do not "track".

If you want tracking, then you would use Zone AF, Large-Zone AF, or full Auto AF.  The "zone" AF modes will track ... but only if the subject remains in the zone.  If the subject leaves the zone, they don't follow the subject.  Full Auto AF will track the subject ... but then you've got the risk that it might lock onto something you don't want to focus.  This is why they have the preset and also customizable AF "case" behaviors.

THANK YOU for the guide link!!!  I've read the normal manual cover-to-cover a couple times, but this in-depth look at the AF system is *exactly* what I want.  I will definitely pour over it in detail.

Prior to reading it... let me repeat back to you what I think you are saying to ensure I have it. Even with the AF surround mode, the 9 points are only used to establish the initial point lock.  Once locked, if in AI Servo mode, that point would need to stay covering the subject for the lock to maintain.  It does not pass lock among the 9 points.  If that is correct, that was a fundamental misunderstanding on my part.

I did understand it would pass focus across points in Zones and Full AF, but one thing I played with here is the initial focal point in AI Servo mode vs letting it auto-pick in One Shot mode.  That is very helpful and something I will definitely try at the next meet.  Depending on my positioning relative to the gymnastics event, holding a single point over the gymnast in action is too daunting for me.  I'd rather play with the "Case" settings to see if I can get it to hold lock a little longer.  Very challenging and fun!

For soccer I shoot with manually selected plus 8 point expansion in AI servo Case 4.  This AF mode does switch points when tracking a moving object, only the single point and single point precision mode don't provide any point switching tracking which of course they cannot because you have limited the AF to a single point or portion of a point. AF case 4 coupled with 4 or 8 point expansion is the best I have found for shooting soccer.

Of course in a case like this tracking is very limited since you have defined a small tracking area so the action of the tracking system isn't as obvious as it is with a larger zone AF selection but it is a very useful mode when trying to follow fast moving and erratic action.

The ITR (Intelligent Tracking and Recognition) system does only operate in zone or larger focus area selection modes.

ITR may work well for you in shooting gymnastics because I expect you normally have less "interference" from other subjects and objects compared to some of the simultaneous multiplayer sports.

If issuing a grade I would give Canon a B on presenting information in a user-friendly manner.  These bodies are extremely versatile and providing setup instructions is complicated because different feature sets interact with each other as in this instance of simultaneous focal point selection and tracking methods further complicated by the whether or not ITR is used.  All of the information is available but accessing it and putting it together takes time for the user and although Canon does a far better job than many companies there is no way for someone to instantly become well acquainted with this much information.

The best technical manuals I have ever used were produced by Tektronix for their test and measurements products from the very beginning through current times.  Like Canon, Tektronix provided a very indepth operator's manual along with other supplemental guides but they did this with a level of clarity and organization that I have never seen elsewhere and for me they remain the platinum standard of technical writing.  But Canon certainly isn't bad and they put a lot of companies to shame.

Chapter 3 of that book will explain the AF point selection choices in detail.

Waddizzle, as always, your post is extremely helpful. I don't do a lot of action photography, mostly landscape and architectural. However, I've had some struggles with continuous shooting of dogs and people. I thought, incorrectly, that I could do continuous shooting in One Shot mode, but that of course, would only work I presume if I maintain a point in focus.

I suspected my issues with 'shutter lag' had something to do with my shooting mode and the fact that I only had the center AF point enabled.

Your 'recipe' is very helpful since I also use a 6D.

I will definitely try this out next time I'm faced with lots of movement and wanting to get my exposures right.