Auto-suggest helps you quickly narrow down your search results by suggesting possible matches as you type.
Showing results for
Search instead for
Do you mean
Reply
Topic Options
Highlighted
WJohnston
Occasional Contributor

In most ways the 80D is a better camera, but my copy is unable to playback images as the buffer clears, which is something my 70D does no problem at all.

I've searched and searched and it's not a widely discussed issue, but anybody that has had the problem before usually hasn't been able to resolve it.

I've made a very quick video demonstrating my 70D playing back whilst the buffer clears no problem, and the same high speed card (Sandisk 64Gb Extreme Pro, freshly formatted in both) in the 80D, unable to playback until the full buffer is cleared, which is terribly frustrating and sluggish compared to the older 70D which can always keep up with my fast shooting style.

I've reset the 80D settings, turned off all the extra stuff like noise reduction etc etc, formatted, tried multiple high speed cards (Sandisk Extreme, Extreme Pro, 64Gb, 32Gb) - all of which work fine in the 70D. I only use official Canon batteries. I wonder if it's a bad copy or if the 80D uses a different processor that simply doesn't allow for both playback and writing to the card at once, perhaps due to the difference between 24MP and the 70D's 20MP.

Please see the video below.

Do you have any in-camera processing turned on?

I've turned off all extra processing, sadly to no avail.

Is it a full size SD card or a micro-SD in an adapter?

Thanks for trying to help John, if you read the full post I explained all this at the outset - Sandisk 64Gb Extreme Pro memory card, so yes, a full size sd card, but more importantly, the same one in my 70D works perfectly. (And I reformatted for each camera)
Report Inappropriate Content
Message 5 of 12 (1,227 Views)
Reply
0 Kudos
Highlighted
jrhoffman75
Honored Contributor

You should probably call Canon tomorrow on 1-800-OK-CANON.

One last question - when you say no in camera processing, is High ISO Noise Reduction off?

Thanks for the suggestion. I’m in the uk but I’ll look for a uk call number tomorrow perhaps.

Yeah, full size sd card, high iso noise reduction off, lighting optimiser off, anti ficker off, anything that can be off, I’ve tried it no avail. And my 70D never has this problem when I switch any of those things ON so it’s definitely a more complicated issue either of all 80Ds (although it would surprise me considering it’s not a widely acknowledged issue), or a bad copy.
Report Inappropriate Content
Message 7 of 12 (1,218 Views)
Reply
0 Kudos
Highlighted
MikeSowsun
Reputable Contributor

My 80D does the same thing and I also use a Sandisk 32GB 95MB/s Extreme Pro SD card.

I am guessing that it is a limitation of the camera when shooting 24MB RAW images. The 70D is 20MB, but I am surprised there is such a difference. 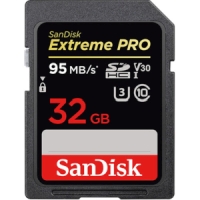 Thanks for your input, Mike, very useful to know. I do suspect if affects a lot more 80Ds than the internet might suggest, because it’s quite a particular problem that some people might not notice or be bothered by if they haven’t experienced a camera that can playback as the buffer clears.

John, thanks for the link. Interesting that I’m using their fastest rated card and my 80D can’t even playback during buffer clearing using that one.
Report Inappropriate Content
Message 10 of 12 (1,190 Views)
Reply
0 Kudos