Auto-suggest helps you quickly narrow down your search results by suggesting possible matches as you type.
Showing results for
Search instead for
Do you mean
Reply
Topic Options
cpderic
Occasional Contributor

I recently purchased a Canon 70D, an upgrade from my previous camera, the Rebel T3i. But after doing some shooting, I've found the image quality on the 70D to actually be a downgrade from the T3i. I'm not sure if anyone else has noticed this, but I wanted to get a second opinion.

As a test, I took a few shot out front of my house. Both cameras were set in manual mode with the following settings:

These shots were both taken on the Canon 18-55 EF-S kit lens.

I opened the images up in Photoshop at 100% resolution, and compared the leaves and branches on a tree.

These were my results. 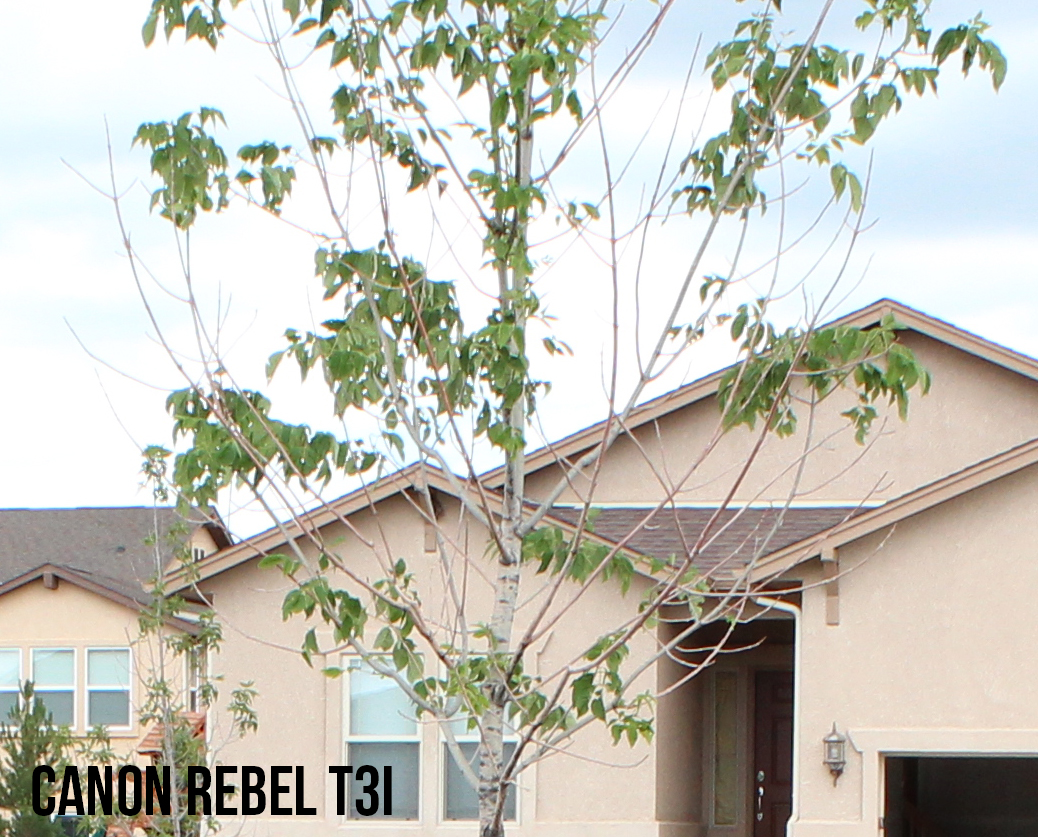 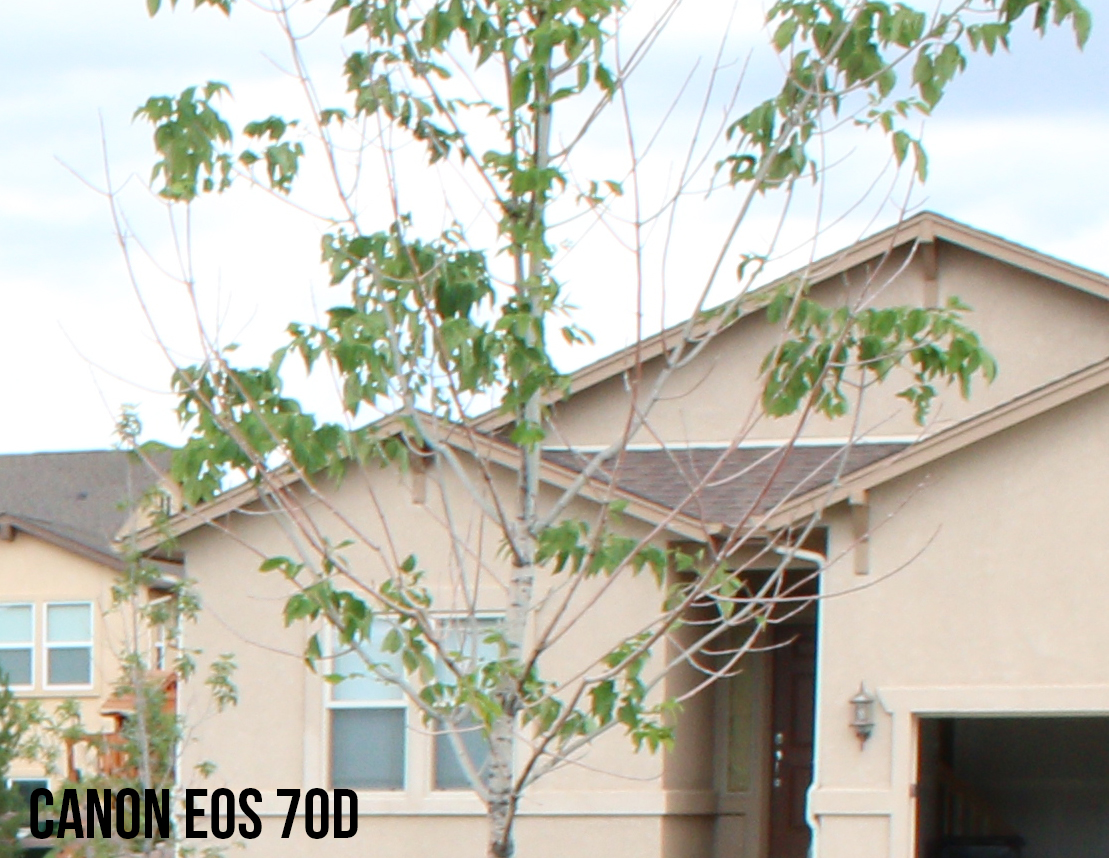 It seems clear to me that the T3i produces a much sharper and clearer image, which is a dissapointment. With the 70D being a higher price class, I was expecting the image quality to be at least as good as the Rebel series, if not better.

I'd love to hear a second opinion on this issue, or hear from anyone who might have had a similar issue.

Welcome to the club, wait for canon to admit and fix the problem.

I was never disappointed as now.

Please help us,
The 70d people.

I dont think you could have picked a worse subject as a target in a photo test. the little tree could have moved at the same time as the shutter or the camera picked a different target to aquire focus on.

I think there are problems with MANY 70D's, but that picture proves nothing. Get a high contrest taget and upload the files with all meta data so others can see if there is a difference

Seems like there are many other posts describing a focus issue with the 70D.

Also, for those who are not satisfied with the tree as the subject, take a look at the light on the house in the background, or possible the frame of the window. You can see the same effect there as on the tree.

After looking at the two full images you posted. You puposely set the 70D up to fail. You focussed on two different things, you then cropped the aera where you had the t3i focussed and chose that as the "test area"

Find a high ccontrast target, set both cameras up the same and FOCUS on the same area. Your biased test proves nothing but your bias.

Will do some other tests with more equal subjects and repost.

I agree that you need to take a picture of :

- without moving the camera (use a tripod)

- by choosing the focus point (do not use autoselect)

Best would be that you post several pictures taken with the 70D : multiple pictures (up to 5) taken through the viewfinder, and another one taken in Liveview (IMPORTANT : use LIVE AF mode). The comparison will allow us to rule out the lens' softness (use manual mode to use the same exposure, ISO, and aperture).

You might be able to solve partially the issue with micro focus adjustment.

Use this procedure to do the MFA (use the the setup procedure detailed in "Canon's suggested Micro Focus Adjustment", and use the "Alternative Canon Liveview based focusing method" ) :

If you need to apply something above +-10 on a lens (or two) who work perfectly on the 3Ti, then your camera has an issue. And if after micro focus adjustment you still don't get consistent focus, well then, welcome to the club !

The only person to have it's camera fixed had his entire focus assembly replaced (mirror, AF sensor) as well as some other things.

I agree the tree subject is a poor choice.  Use a stationary target, which you can d/l some from the web.  Use a tripod.

Part of the issue is, even though the 70D may have focused on the pine tree to the left, there is not enough depth of field that would cause everything else in the shot to become blurred. So even if my two shots aren't the best example, I still think there's something wrong with the camera. If you look at the full images and compare any area of the image, the T3i looks better no matter what.