This morning I realized you may have been trying for that motion blur thinking a shallow DOF is part of how it's done but that isn't correct. Using a wide aperture does produce a shallow DOF but it also forces the need for a fast shutter speed in decent light. The motion blur we aim for when shooting motorsports or prop planes comes from the slow shutter speed AND a smooth panning action. The pan is the critical part of getting it right.

"A skill is developed through constant practice with a passion to improve, not bought."
Report Inappropriate Content
Message 11 of 16 (1,836 Views)
Reply
0 Kudos
TCampbell
Esteemed Contributor

Outside during the day at f/2.8 and 1/30th of second... the image should have been horribly over-exposed.  In other words, the camera is probably fine.   Here's why.

The sun provides a very consistently level of light during the day (if you're within an hour of sunrise or sunset things change a bit).  There's an exposure rule called the "Sunny 16" rule.  This rule says that in full sunlight during the day, the sun will provide enough light such that a correct exposure would be captured at f/16 IF you simply set the shutter speed to the INVERSE of the ISO setting.

Keep in mind that if you were at f/16, and if you used the lowest possible ISO (instead of auto) at 100, then the correct shutter speed would have been 1/100th.  But you were at 1/30th... which collects roughly three times more light.  Multiple that out and your image would be overexposed ... by ABOUT 100 TIMES too much light.  That's a lot!

You are over-exposed by about 6.5 stops.

Think 1/30th is a bit slow for a panning shot.  You'd want a tripod or a dual-mode IS lens (and switched to IS mode 2).  Most of Canon's "white" L series lenses with IS can do this.  Consumer grade zooms aren't as good at it.

This panning shot was taken at ISO 100, f/5.6, 1/40th but on a medium overcast day (loss of about 2 stops).  I think I'm using a 2-stop ND filter (that's not recorded in the image EXIF data).  But this is a bicycle... not nearly as fast as a racing car.  You can probably develop quite a nice level of blur even at 1/60th.  Since the backgrond is blurred due to motion, there's no need for shallow depth of field.  The image will look like it has shallow depth of field because the background is motion-blurred. 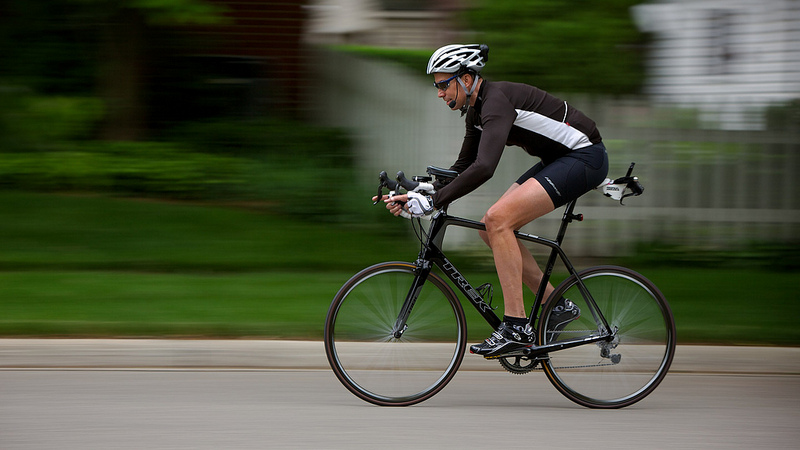 I usually suggest starting with slightly faster shutters speeds, use continuous burst mode (so you get several frames each time you shoot a pass of a subject) and then work your way to slower speeds to see how slow you can get.  I've managed to get all the way down to 1/10th ... hand held (it takes both practice AND luck.. only a few shots out of the burst series of several will be usable.)

Here's 1/10th sec (this subject was moving along very slowly... so without dropping to 1/10th, there would have been very little blur.)  It's easier to get blur with faster moving objects because you don't have to slow the shutter so much. 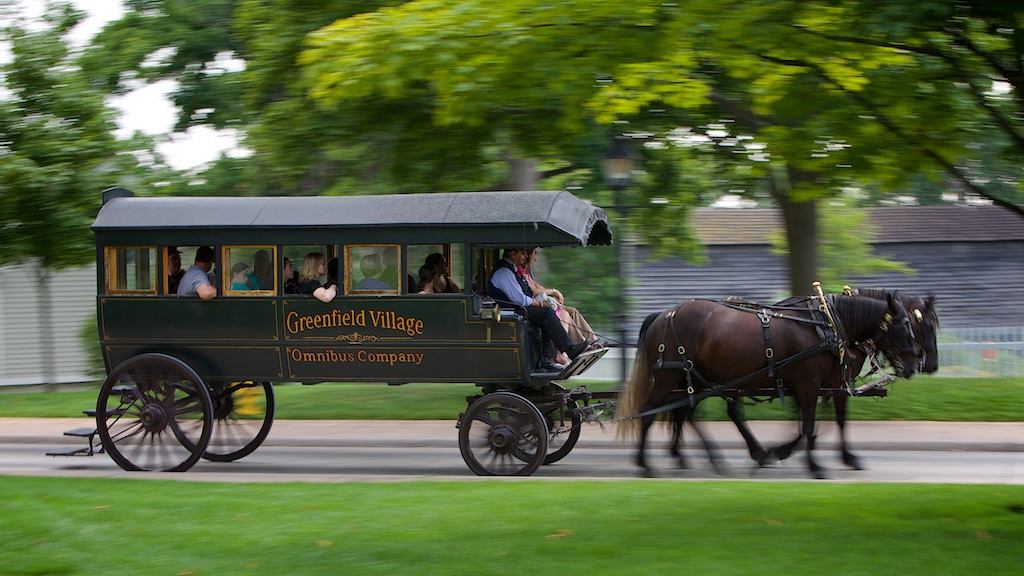 Don't forget that you can use a neutral density filter to cut the light entering the lens and this will allow you to use a lower shutter speed.  This helps when you've got too much light and can't (or don't want to) crank the f-stop high enough to allow for a slow enough shutter speed to have the motion blur you want.

I used all the same settings on this photo in the link...I have done it a lot and yes there are room for improvements...I just have never seen this happen on these settings and did everything I could think of to change it. If you are unable to follow the link I figured to add a few photos just in case

This shot was obciously done very late in the day.... If you use the same exposure settings (not to be confused with white balance settings) in broader, brighter daylight, you are going to get very over-exposed images.

I would suggest you get a copy of Bryan Peterson's "Understanding Exposure" ($18 on Amazon, last time I looked). Read it, study it, learn it. If you want to be a photographer, you need to learn how to control the camera rather than just haphazardly using the various, highy automated settings or just guessing at manual exposure settings (Hint: if  the camera was set to Auto ISO, you were not shooting manually. Also, AFAIK, you cannot apply Exposure Compensation to Auto ISO on a T3... so there's no way to fine tune the auto exposure the camera is using.)

Hey everyone thanks for being so quick to reply to me. I was trying for the motion blur I have done a few times successfully. I did change the Aperture a few times and I have many many photography books and am going to Art Instatute for Photography. They have covered a lot and are very helpful. I will mess with it again I promise. I got really ill recently. I changed the shutter setting too and that did not do anything. I use a EF 24-105mm lens for a lot of my auto shots. I will apply everything you guys have suggested. 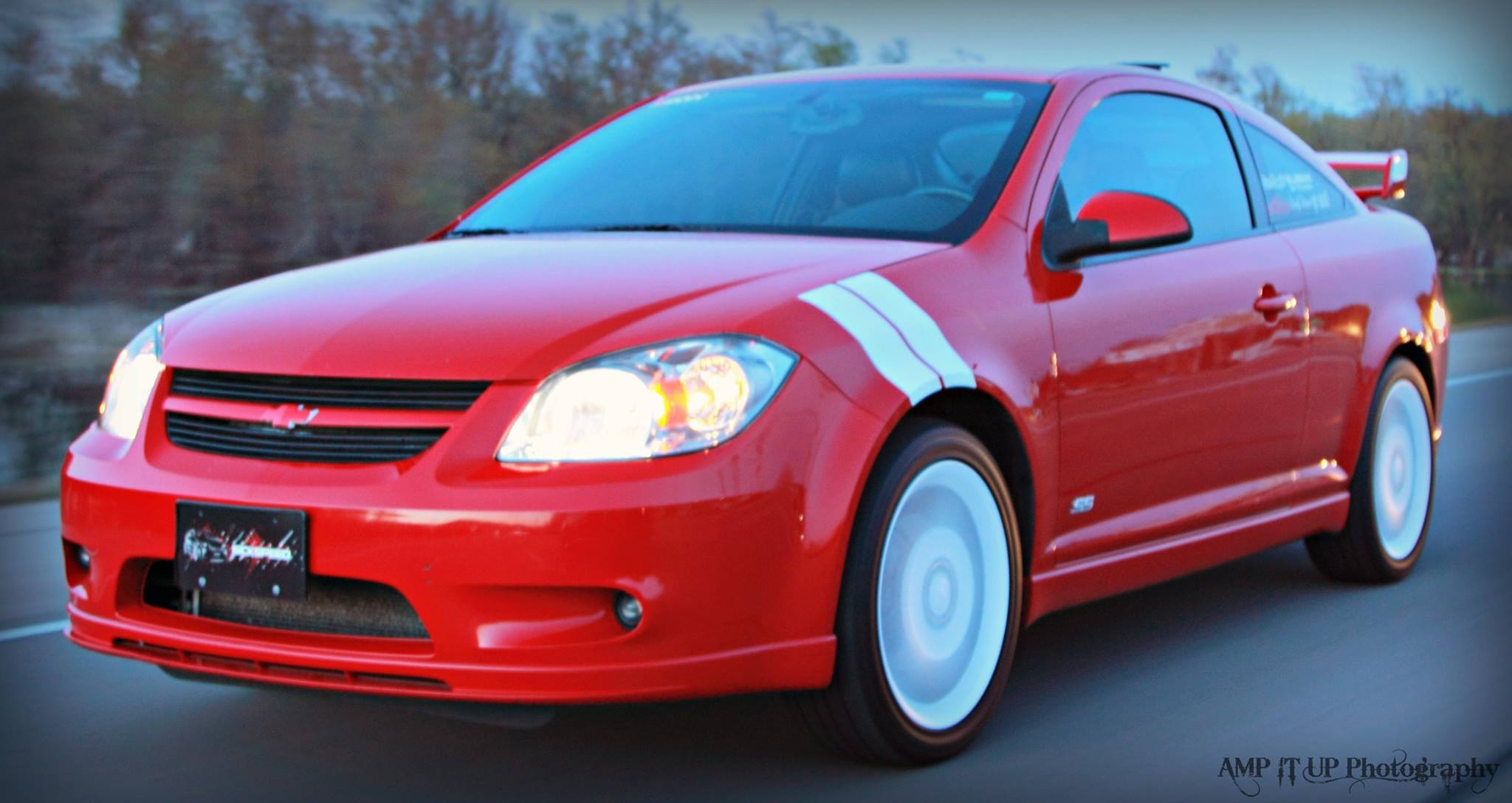 here is one during a bit of daylight. I am not real good at it quite yet and I am taking these out of a moving vehicle yet for I dont have a rig yet. I will let you all know what is going on I promise. I really appreciate all you have done and been trying to help me with. Your photos rock!! I hope one day to have a nicer camera and set up!

Believe it or not the camera OPERATOR has more to do with the finished result than the price of the gear.

"A skill is developed through constant practice with a passion to improve, not bought."
Report Inappropriate Content
Message 15 of 16 (1,784 Views)
Reply
0 Kudos
ampitup87
Occasional Contributor

I do and dont believe that to an extent. I am still learning yes but I can tell I dont get sharp crisp photos even when taken from a Tri-pod and I have luxury lenses and nice ones to borrow from the campus.

It also may be possible I am not destined to take photos of moving objects. 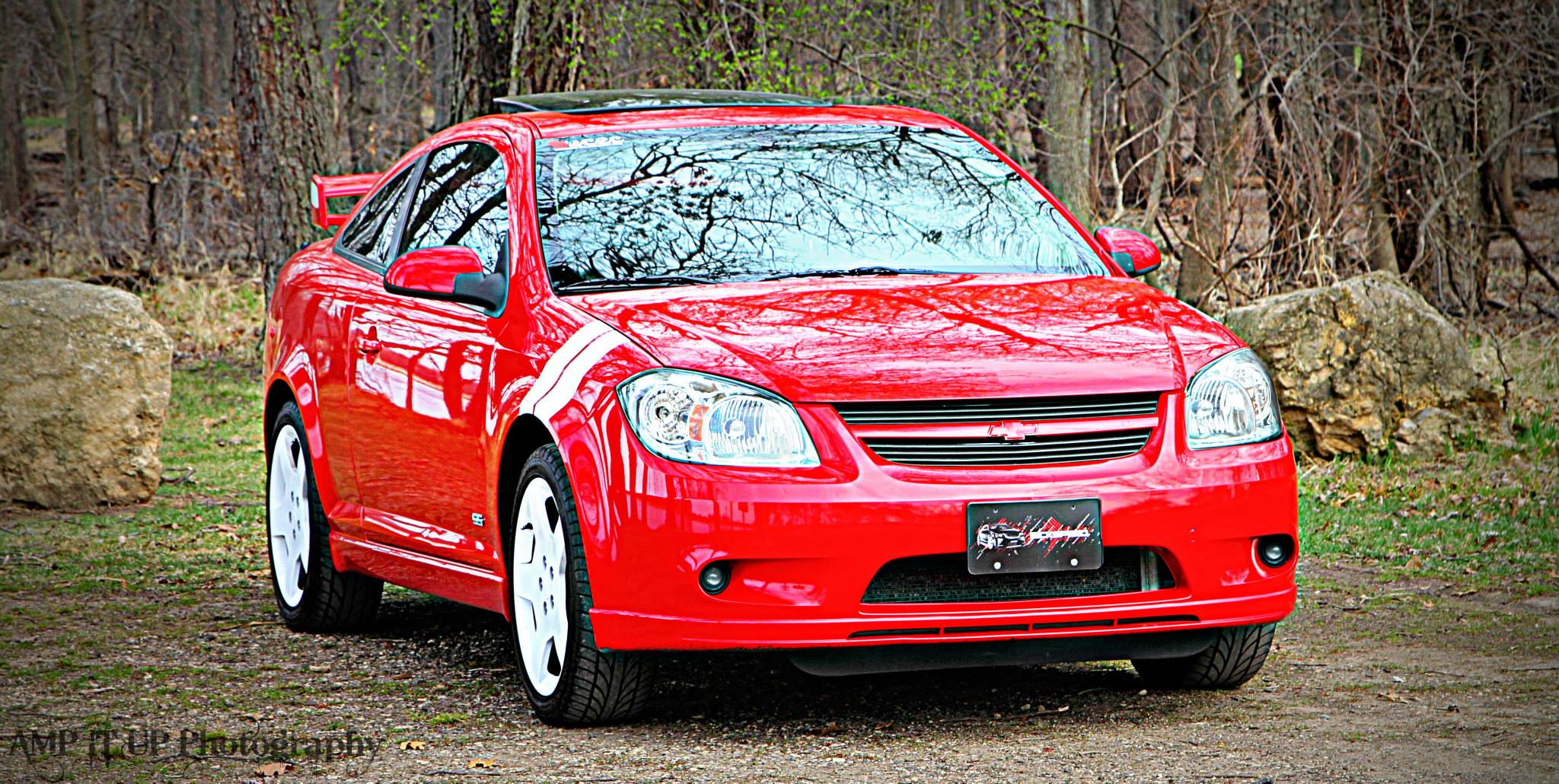 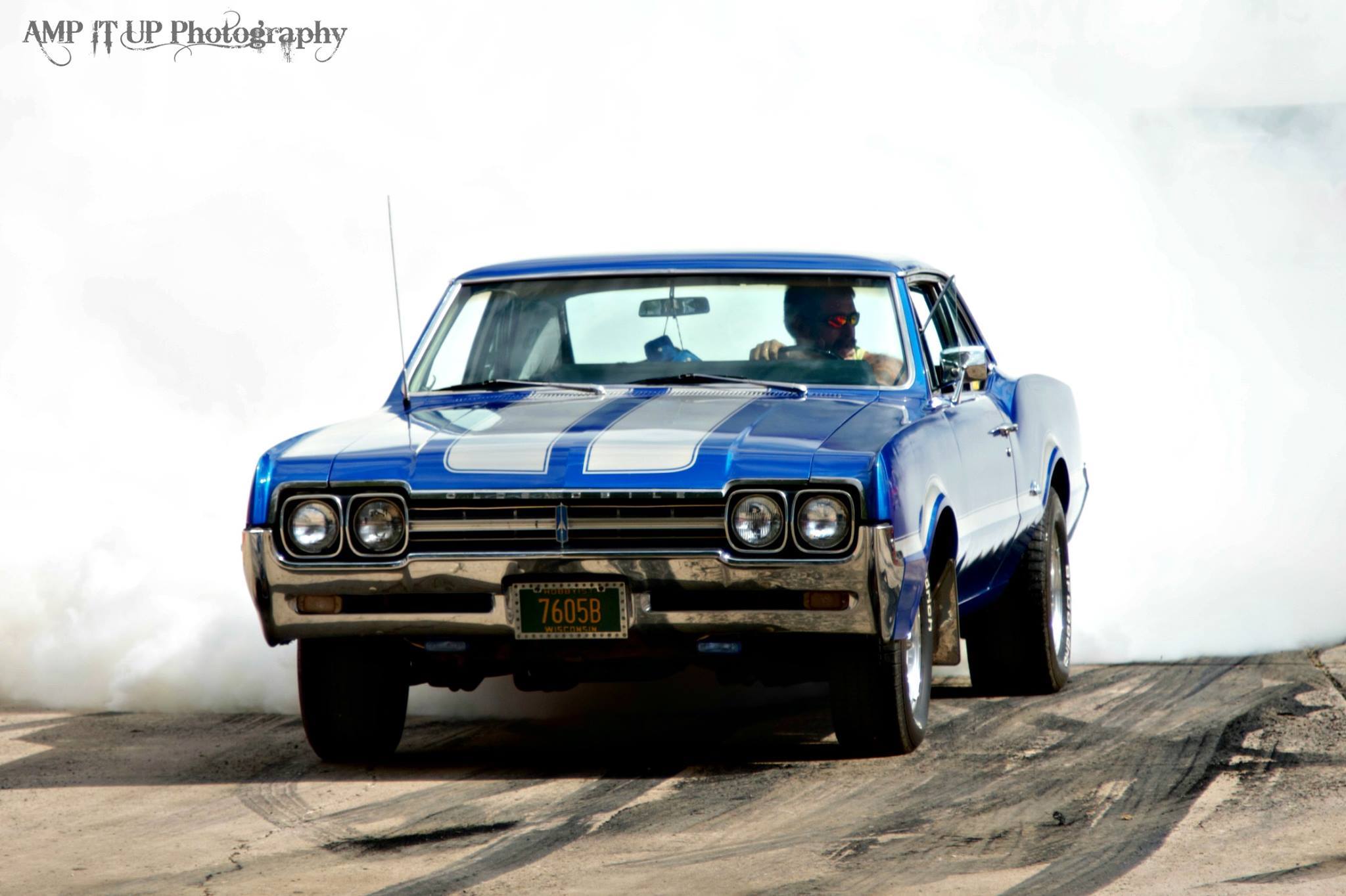 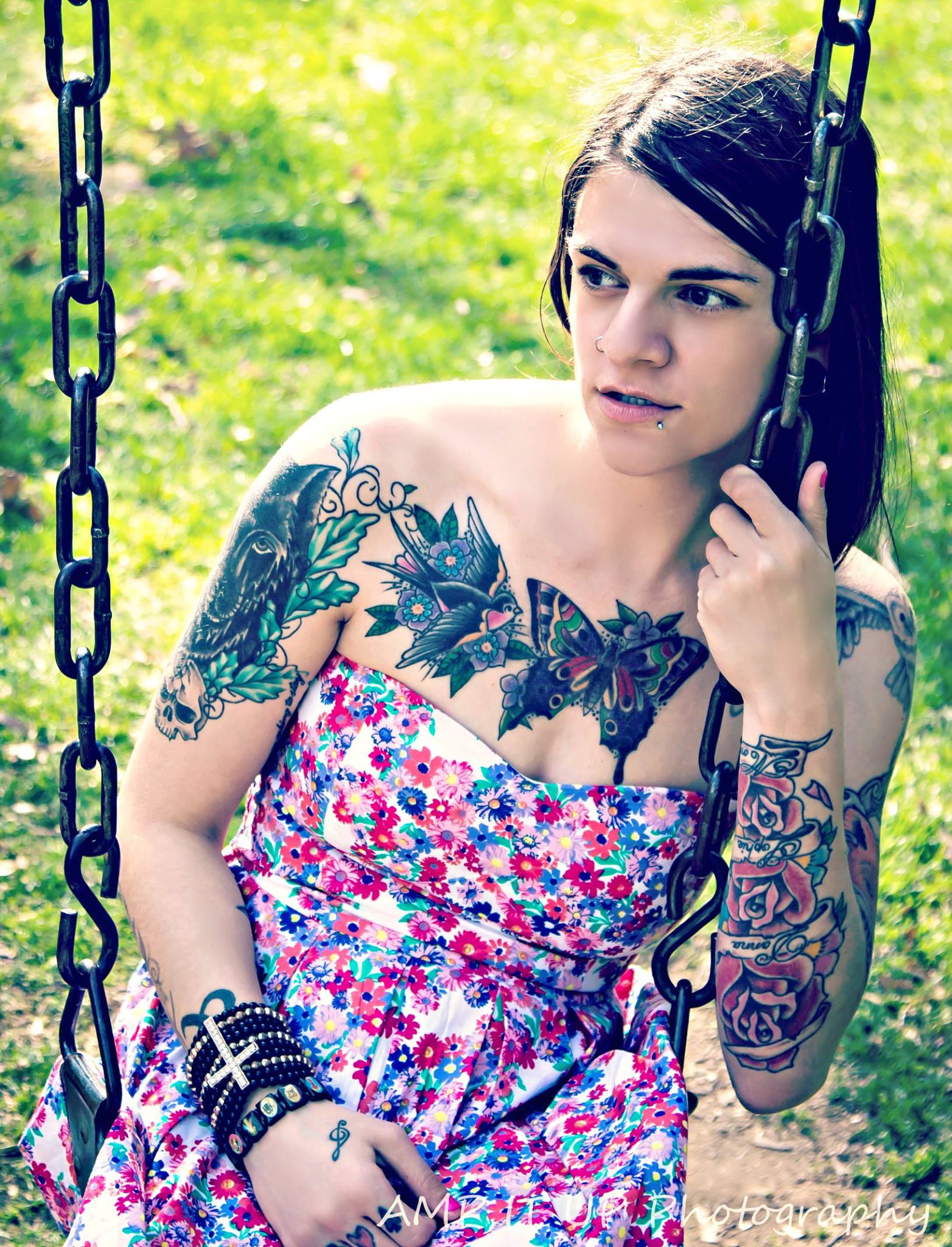