Auto-suggest helps you quickly narrow down your search results by suggesting possible matches as you type.
Showing results for
Search instead for
Do you mean
Reply
Topic Options
theandies
Frequent Contributor

I just bought my first DLSR yesterday and have been playing with it ever since.  I've go a question on changing the depth of field.  I set the setting as described in the manual but still can not get the background to blurr with the aperture setting of 5.6.

Set the disired aperture - in this case f5.6

I'm a novice to SLR cameras and will probably have a lot of questions like this.

So far the camera has exeeded my expectations and am itching to use the high end custom features.

Focal length counts too. A longer focal length (85 or 105 or 250mm) gives a shallower DOF Han you'd get from a shorter focal length (18 or 24 or 34mm )
To blur your background:
Set the lowest f/number you can get with your lens so get the biggest lens opening/aperture.
Get as close to the subject as you can.
Position subject so the background is as far behind the subject as possible. (You won't get much blur if your subject is shot head on while leaning o a wall for example )

To get even more blur buy a lens that gives you a lower f/number, like the new 50mm f/1.8 mk 3 Canon just released.
Scott

I'll keep playing with it.

The lens that came with the camera is EFS 18-55mm

All the info Scott provided is correct...

Focusing the lens closer reduces DoF and, depending upon how far away it is, can increase background blur.

Focusing the lens farther away increases DoF and if the background is close behind the subject there may be little apparent blur.

I believe your camera has a "CA" or "Creative Auto" mode. This displays sort of a wizard that displays on the camera's rear LCD screen, gives you choices and walks you through making your settings. You might find CA useful while learning these things about your new camera. It does make setup a bit slower, so eventually you'll probably want to stop using it. But, hopefully by then will know how to make the settings without the assistance.

By the way, 18-55mm is just mildly wide angle to standard to short telephoto range of focal lengths. And f3.5 to f5.6 isn't particularly large apertures.

Just to give you some idea...

This was shot with a Canon EF 50/1.4 lens at f2.0 aperture. As you can see, it's shot from relatively close to the lens' minimum focus distance and the background is only a couple feet behind the subject... 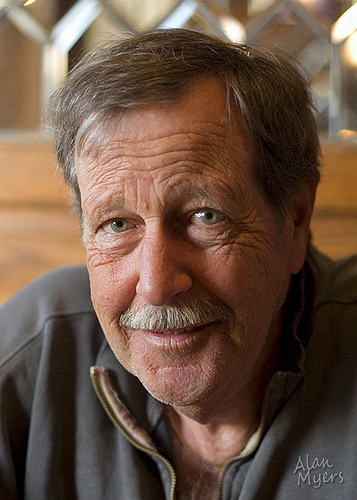 The f2.0 aperture used above is a full three stops larger than possible with your lens zoomed to around 50mm at it's largest possible f5.6 aperture (and the lens I was using still had one more stop available: f1.4). You won't be able to blur things down nearly as much with your lens.  In fact, very few zoom lenses can come close to what some prime lenses like this offer. Most zooms are f2.8, at best.

Now here's an example of how a longer focal length changes things. Below was shot with a zoom lens at 93mm and f4.0 aperture, also fairly close to the lens' minimum focus distance... 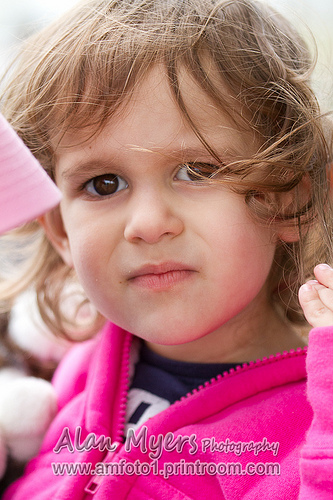 At a greater distance from the subject and background, a much longer 300mm lens at f4.0 aperture (the fence gives you some means of judging DoF)... 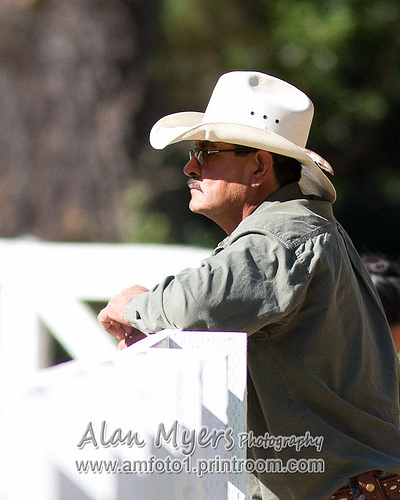 Here's an extreme example... shot with a 500mm lens + a 1.4X teleconverter (700mm equivalent), taken from a fairly long distance with an even more distant background that's completely obliterated by blur... 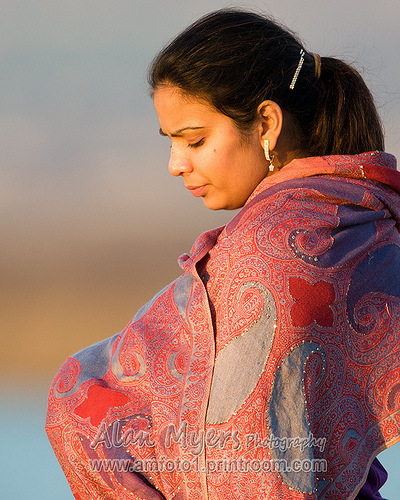 This last image was shot at f5.6, but due to the much, much longer focal length will render much shallower DoF and stronger background blur than you'll be able to achieve with 55mm at f5.6.

Eventually you get a feel for DoF and what to expect from your lens(es). The lens' aperture is maintained wide open except for the exact instant of exposure, so what you see in the viewfinder (or Live View) is always the minimum DoF and max blur effects. But for other apertures that you might choose to set (for various reasons), your camera also has a Depth of Field Preview feature... where it will momentarily stop down the lens to the selected aperture without taking a photo. A button right below the lens release latch button activates DoF Preview. While holding that button down, inspect the image in the viewfinder (that's a little small and dimmer, so may be hard to judge very well). Or use Live View, where you can zoom in and look closer, if you wish... Live View also can optionally be set up to re-brighten the image for easier viewing, by enabling Exposure Simulation.

Google and watch 2 or 3 of the 100's of free tutorial videos on the "exposure Triangle" which will really quickly encapsulate all the central concepts in photography.

For now, to get the blur, set your mode dial on top to Av mode. This is the aperture priority mode, which Canon states as aperture value mode (Av). This lets you select the aperture you want, expressed in f/numbers while the camera picks the right shutter speed to work with your chosen aperture.

You change the f/value by turning the little dial in front of the shutter button. Select the lowest f/number you can. This is limited by how wide the lens you have attached can open. Your kit lens has a variable aperture, so its widest possible aperture will be between f/3.5 and f/5.6, getting narrower as you zoom in. Zoom in all the way and then set the aperture to f/5.6 and position your subject as mentioned above and you will get blurred background.

For $120.00 you can have the cheapest fun in photography, which is that new Canon EF 50mm f/1.8 mk3. It opens an amazing 8x bigger than your kit lens can at 50mm. It is a fixed length lens and so it doesn't zoom in and out, but it lets 8x more light in compared to the kit so it is great in low light, and you can (if you choose) get a DOF so thin that you may only have one of your subject's eyes in focus and the other one blurred slightly as background. On a Rebel camera, 50mm is a perfect portrait lens too.
Scott

Thanks for all the great replies.  I know I'll learn alot here.

I almost bought the Canon EF 50mm f/1.8 mk3 lens yesterday but I know I'd be in the dog house with my wife since I just shelled out $1000 for the T6i.  Fathers day and my birthday are coming up though!!!!

Here's a video that may be helpful:

One of the most recommended books is Bryan Peterson's "Understanding Exposure".  Though I've been shooting for decades, I decided to pick up the book to see if it was worthy of the praise and was happy to say that yes... it's a good primer for a new photographer who wants to understand how "exposure" affects photography and get better results.

The Scott Kelby "Digital Photography" series is also often recommended.  I think that's up to 5 volumes now.  I find some people prefer Kelby's style of teach to Peterson's style... and vice versa.  Usually a person will like one book... or the other.  I haven't encountered anyone who didn't like either.

Alan offers some great advice.  You wont be able to generate very much blur on your background unless you focus your subject at near minimum focus distances and keep the background far, far away (don't put a subject up against a background ... e.g. a wall for example, and expect the subject to be focused by the wall to be blurry... the wall would be much too close.)  And of course the longer the focal length... the better.    With your kit gear... shoot at the longest focal length you can -- if all you have is the 18-55mm f/3.5-5.6 lens then you'll want to shoot at 55mm... f/5.6... put the subject as close as possible (minimum focusing distance) and put as much distance between subject and distance as possible.

It is much easier with longer focal lengths and lower focal ratios.  The following image is shot with a 300mm f/2.8 lens (which isn't a cheap combination).  The foreground flowers are near minimum focus distance for the lens (probably about 7-8' away).  The background is far off.  The nearest two flowers and leaf tips are tack sharp.  The flowers slightly behind them are slightly blurred.  Everything else is heavily blurred.

In the distance, there are patrons having afternoon tea ... but absolutely nothing in the background resembles people having tea on an outdoor patio.

This example is an extreme case... it's a combination of (1) low focal ratio of only f/2.8, (2) long focal length of 300mm, (3) minimum focus distance of only around 7-8' -- which is about as close as one can get with this 300mm lens, and (4) distant background being many times farther away than the focused subject (background is not immediately behind the subject.) 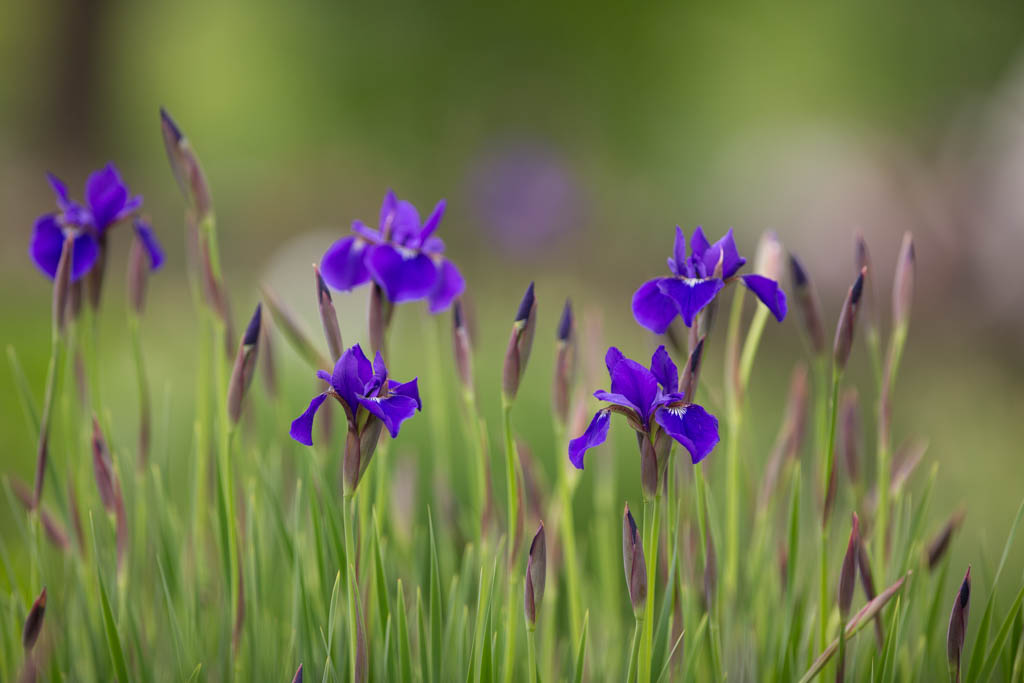 Good thinking. Equipment justification with wives is a key skill.

Trust me. For $120 you can't go wrong and the sharpness of a prime lens plus the low light ability plus the shockingly thin DOF will make you smile every time you shoot.
Scott

I think I'm getting the hang of it thanks to all you good people. 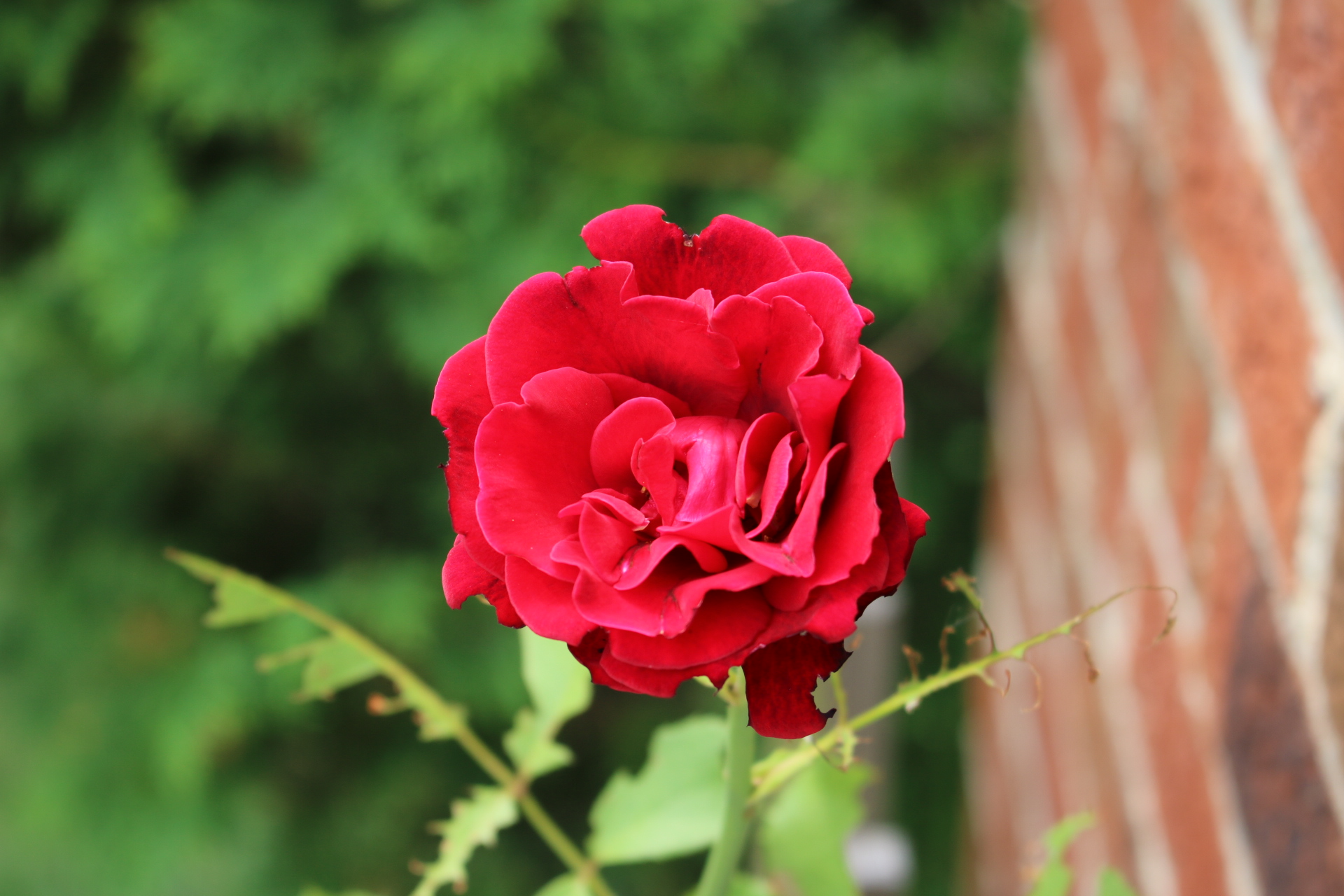 That is a nice shot.  It looks like you did learn some of the tricks of DOF.

All lenses, even two different 50mm lenses with f1.8 apertures, can deliver different qualities of blur. Another feature is bokeh. Not something you specifically asked but it is linked.

A factor effecting blur quality is, the number of, and the shape of the aperture blades.  It is important.

Another important aspect of any photo is post editing.  You need a good editor if you want the best photos.  With it you can blur and/or sharpen to a degree.