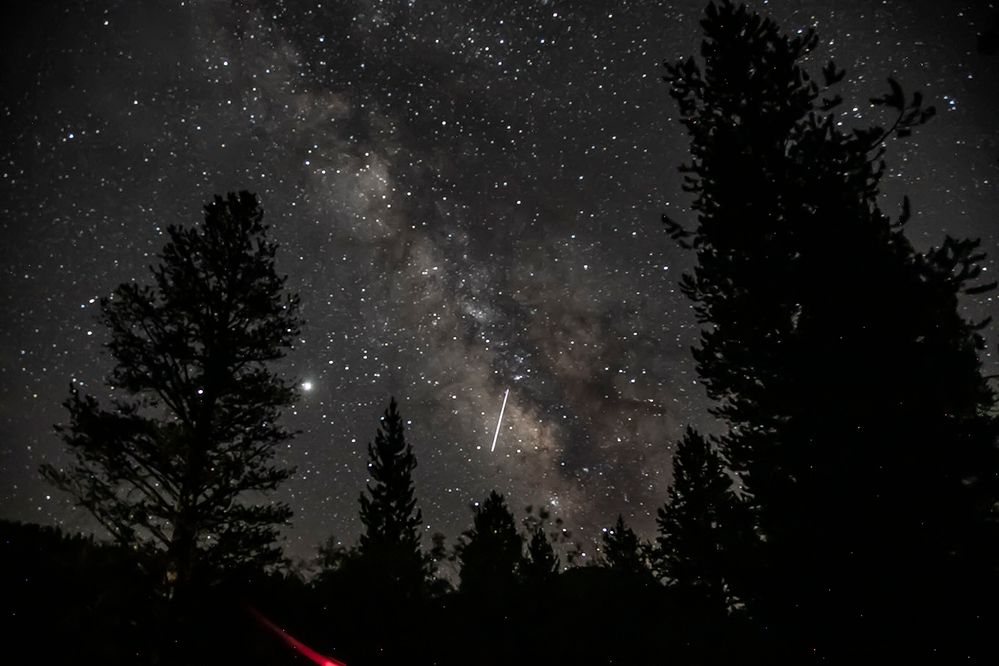 Does it show up in all photos, no matter where you take them?  That looks like vehicle tail light to me.

"Fixes a phenomenon in which a red-colored area may appear at the bottom-center of a captured image when shooting in bulb mode or during a long exposure."

When I tried some long exposures with my two 6D I got the same red light with my new 6D (but not the old). Only visible at really high ISO so I didn't care about it. I tried today with ISO H2 and 30 seconds. No red light. Strange.

At that time, some months ago, I thought it was light leak or something from my 24-105/4L IS. I put my new 6D in a dark room and got the same red spot at ISO H2 and ISO H1 and 30 seconds. Tried to remove it with a dark frame but no really luck.