The rubber port covers/dust covers on the side of the Canon R5 and R5 C, usually these can be removed just by pulling the little tether out of the hole and can be reinstalled by pushing it back in. Before I risk breaking the cover and being without it, is that the case with this camera as well? if I gently but firmly pull on the small tether in the corner can I remove the cover from the camera completely and still be able to reinstall it at a later time if needed?

a little lubricant and a quite hard wiggle with a pair of narrow pliers. 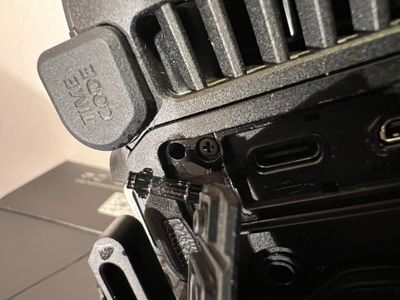 I assume they are all the same, but asking specifically about the USB and HDMI cover.

Would love to help, and I would have guessed that it would be fine.  But I've never tried it, and as far as I can see the R5 and R5C manuals don't say that it's OK.  Which is concerning, because the C70 manual specifically does.

I haven't tried to remove mine either and was also reluctant to try even though it might be nice.  If you use the chat feature in your My Canon Account for Support, I'll bet you could get a quick answer.

That is not a bad idea, unfortunately the chat bot says she doesn't recognize what I typed in no matter what I type in. haha.

Maybe I will try e-mail, I've gotten a live person's response that way in the past.

I did see a tear down of the R5 somewhere online (can't find it readily right now, maybe on one of the many posts where owners figured out why the standard R5 has such an overheating problem) it showed the back of the port covers and it looks like the tether just has a standard plug on the other side of it. theoretically it looks like it should pop right out with enough force, but if its not designed for removal/reinstallation I'd be afraid the tether might break before the plug squeezes through the hole. that would be a major bummer even though the port cover would probably still attach to the camera without the tether it would be so easy to lose.

If they would go on and off easily enough it would be so nice to be able to remove those covers when I have the R5 C in its cage and all rigged up for video use, but when using it for pictures I'd want the ports covered and protected. Another option would be to remove the cover and buy some cheap silicone 3rd party dust covers for USB C and micro HDMI, you can keep a small bag of them with the camera stuff and if you lose one just replace it with a new one. but it wouldn't look nearly as nice as the OEM cover.

So to contribute the information back...the chat wasn't working for some reason so I decided to just give Canon a call. I have to give them credit, the tech support person was great. Wait time was short, he was very friendly and knowledgeable. However he said that as far as he can tell it is not possible to remove the port covers on the R5 or R5 C. Although he said he wasn't aware of any product that offered that ability and I told him about the C70 as AtticusLake reported, he found that language in the C70's manual it does indeed say the covers are removable on that camera. He didn't know about that before. But we did check and didn't find anything that indicated it was possible on the R5 C. I'm still not convinced that it isn't possible even if its not designed to do that, but I don't want to risk breaking it.

However...I did come across one teardown of an R5, one which actually gives a great shot of the back side of that panel and what is on the inside of those port covers. its on this post here: 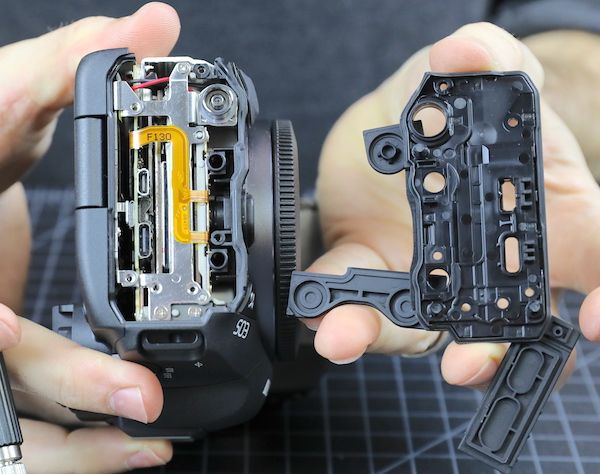 You can see here that inside the camera that rubber tether just flares outwards to keep it in place. During assembly it must have just been pushed through that hole (I understand from docs from other cameras that a small tool like a toothpick can be helpful in pushing that wider part through) I don't see any reason why they couldn't be removed and reinstalled even if it was never designed with that intent in mind.

the question is if it was not designed for that feature, would the tether break before the wider part of the tether pulls through the hole.

Some other close ups 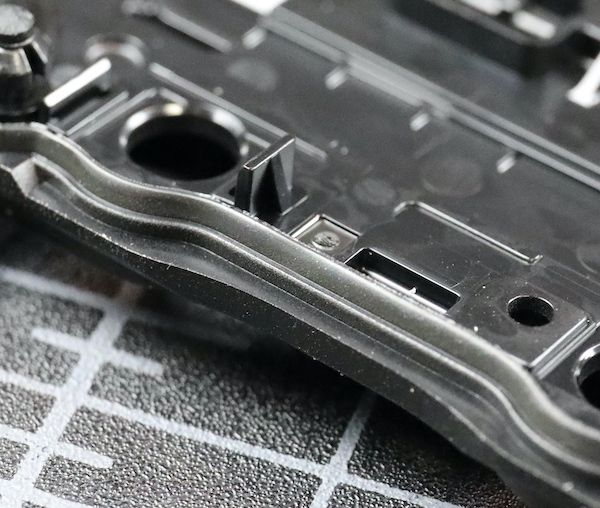 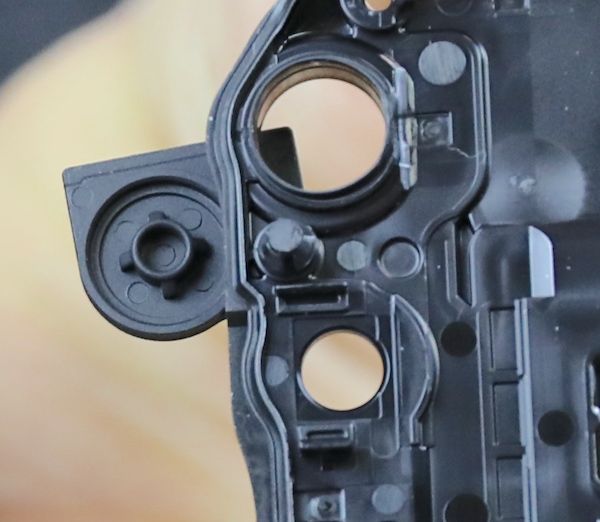 It looks however that the tether might have been designed to be insert-only, there's a bevel on the part that pushes through first, the other side of it may be just flat. I can't really tell but it almost looks like there must be a plastic retainer or something on them also, if that's the case it may well be impossible to remove them without breaking them. if that's the case that's terribly disappointing.

a little lubricant and a quite hard wiggle with a pair of narrow pliers.

You've got my vote, A+ for your courage. I haven't seen the C70's covers, but I personally don't believe the R5/R5 C looks like it's intended to be removed. To me, the plug looks to be a one way "in only" design. If it were shaped like a "T" I might feel differently. Being able to remove it when installed in a black mamba would be nice but I don't want to risk it. That cover probably cost .10 cents and it's probably $400 to remove a broken plug from inside the camera. Maybe its just a few screws, haven't checked. Still want to give you props for taking yours off though.