Help I just bought a 7d from my son who only used it to video so he’s not much help in what I want to use it for ... I want to take pictures of barrel racing ... what lenses should I be looking to buy or Do I even need to buy one ... until spring everything will be indoors so lighting might be a issue to ... any help will be so much appreciated ... settings also would be fantastic as I’m just starting out
Me too
0 Likes
Share
Reply
27 REPLIES 27

I am not sure what lens you currently have but if your budget allows, the 70-200 F2.8 is a very versatile lens for a variety of sports and it will work well for barrel racing IF you can get reasonably close to the action (not high up and far away in the stands). The 70-200 F2.8 is a very nice quality lens that is extremely versatile for both fixed and dynamic scenes and one that is on either my primary or backup body at the majority of sporting events I shoot.  For most Canon owners, a 70-200 2.8 should be the first of the better quality Canon lenses you purchase.  The IS (image stabilizing) version of the lens is nice for a lot of shots but is of less value in sports where you are shooting at high shutter speed and for your use if you are trying to minimize cost you could go with the less expensive non-IS version which would be a better choice for your use than the F4 with IS.

Ernie really likes the Sigma 120-300 F2.8 which is a very versatile coverage range.  It is one I am going to try as soon as I can make time to do so because I trust Ernie's experience with this glass.  It should be an excellent sports lens but it is considerably more than the Canon 70-200, long fast glass is just expensive but when you start pushing the capabilities of a camera system it is usually the lens that is the weakest link (once the owner understands how to get the most from the gear).

Location is the most important determinant of overall image quality and your 7D with a basic lens will capture better images than a $15,000 camera and lens used in a poorly chosen location.  Quality results from the amount of thought you put into the image before you ever press the shutter release.

Lighting can be an issue with indoor sports and with barrel racing I suspect that a shutter speed of around 1/800 is the slowest desirable although you MAY get decent shots dropping down a step but anything below 1/800 is going to be inviting motion blur for the horse and rider action.  This fast shutter speed will push the need for the camera to use a high ISO in poor lighting and this is where the F2.8 instead of the smaller and less expensive F4 or slower lens is very worthwhile.

I have never shot barrel racing but I watched a friend's daughter compete years ago and it is a very fast sport.  Photo timing is key and although the easier method of using continuous drive to try to "frame" the action might be better when you are learning to photograph the sport I suspect that you will find the best results come from single shot mode and perfectly timing your shot instead of using the camera in "machine gun" mode.

You are welcome and have a great Christmas!

Like I suggested in your other post, the Canon EF 70-200mm f/2.8L IS III USM Lens is the gold standard. No other lens or brand is in this lens class.  It is almost a mandatory lens for any sports type photographer.

I have a friend who is a pro photographer on the "horse" circuit. He does lots of horse shows, rodeo's and barrel racing events. Now you might want to be sitting down to know what lenses he uses, the EF 200mm f/2L IS USM Lens and the  EF 300mm f/2.8L IS II USM Lens. His normal lens is the EF 24-70mm f/2.8L II USM Lens another must have, BTW. He uses a 1D Mk IV camera. If you have a spare fifteen grand lying around this is what you need.

One thing that is super important and often overlooked is, where are you going to be shooting from?  My friend has a pass so it isn't a problem for him.  But it just might be for you. Most of the events have a pro and some don't really like it when guys show up with pro gear and shoot also. If you are confined to the stands that will alter your course of action.

Of course higher ISO's and higher SS is a given.  Faster lenses like the suggested examples, f2.8, or faster will help. Use One shot and just the center focus point. Average WB but use Raw file format and use a good post editor.  Easy! Get lucky. However great gear will make you luckier.

Rethinking this statement, "It is almost a mandatory lens for any sports type photographer."

Those 200 F2 and 300 F2.8 lens are magic but magic is expensive.  I took both to shoot a 3V3 soccer tournament yesterday and ended up using only the 200 because of the small "field" size and very poor indoor lighting and made do with a 135 on the second body instead of the usual 70-200 2.8 because the lighting was so poor that the extra aperture stop was worth the tradeoff in having to let my feet be the zoom portion of the lens for the second body.

The 200MM F2 does a superb job with fast focus in servo mode but depth of field is razor thin with a F2 telephoto wide open and I keep a second group of settings in memory on both bodies so that I can go between the fast shutter speed wide open aperture action setup to a greater depth of field for bench and celebration shots.

I REALLY wish Canon had a "quick" button that would either toggle instantly between two sets of parameters or could be held to shift parameters instantaneously.  Using the mode switch to go between memorized settings works but it would just be a bit of software for Canon to add a big piece of convenience to these pro bodies through programming one of the buttons for this feature and hopefully the 1DX III might bring this capability.  I can tap a button on my Cadillac to go instantly from sport to touring mode which reprogarms steering, shocks, throttle response, traction control, etc and I would like the same convenince for a professional camera body.

Not to be forgotten is the 135 F2 which is a decent short/medium tele that is a very good indoor action lens if your position makes this a good focal lengthn and it is FAR less expensive then its 200 and 300mm siblings. Focus speed isn't quite as fast but it is very fast and is noticeable only when you are shooting one of the really expensive primes on one body and the 135 on the other.

And Ernie, I really am going to take your advice about giving the Siggy sports zoom a try.  I am still mentally getting over what I spent installing a 40 kilowatt diesel standby generator earlier this month.  It is one of the few things I have bought recently that is more expensive than high end Canon prime glass but convenience and reliability comes at a cost and it will be well worth it having a stable power source that comes on automatically every time the commercial power does one its frequent winter power failures 🙂

"... it will be well worth it having a stable power source that comes on automatically every time the commercial power does one its frequent winter power failures"

Let me know if/when you get the big Siggy.

Let me know if/when you get the big Siggy"

The big Siggy will be a safe choice.  My daughter walked into my home office over the weekend while I was looking at it online and told me if I decided I didn't like it she would be happy to take it to college with her in a couple of years 🙂  I suspect that she will strongly encourage me to upgrade to the 1DX 3 by then so that she can also have my 1DX.

I bought a large portable generator about 15 years ago and I had grown tired of the fun of getting up in the dark during a snowstorm to wheel it from the barn to the house (generally through a snowdrift), plugging it in and starting it, and finally throwing a transfer switch to have power.  And I had to be careful of total power draw.  When the power goes out, the new setup waits a few seconds to make sure it is staying out then starts, goes through its warmup routine, and then the load automatically switches to it and once commercial power comes on it switches back and goes through a cooldown and shut off routine.  I should have done this years ago. 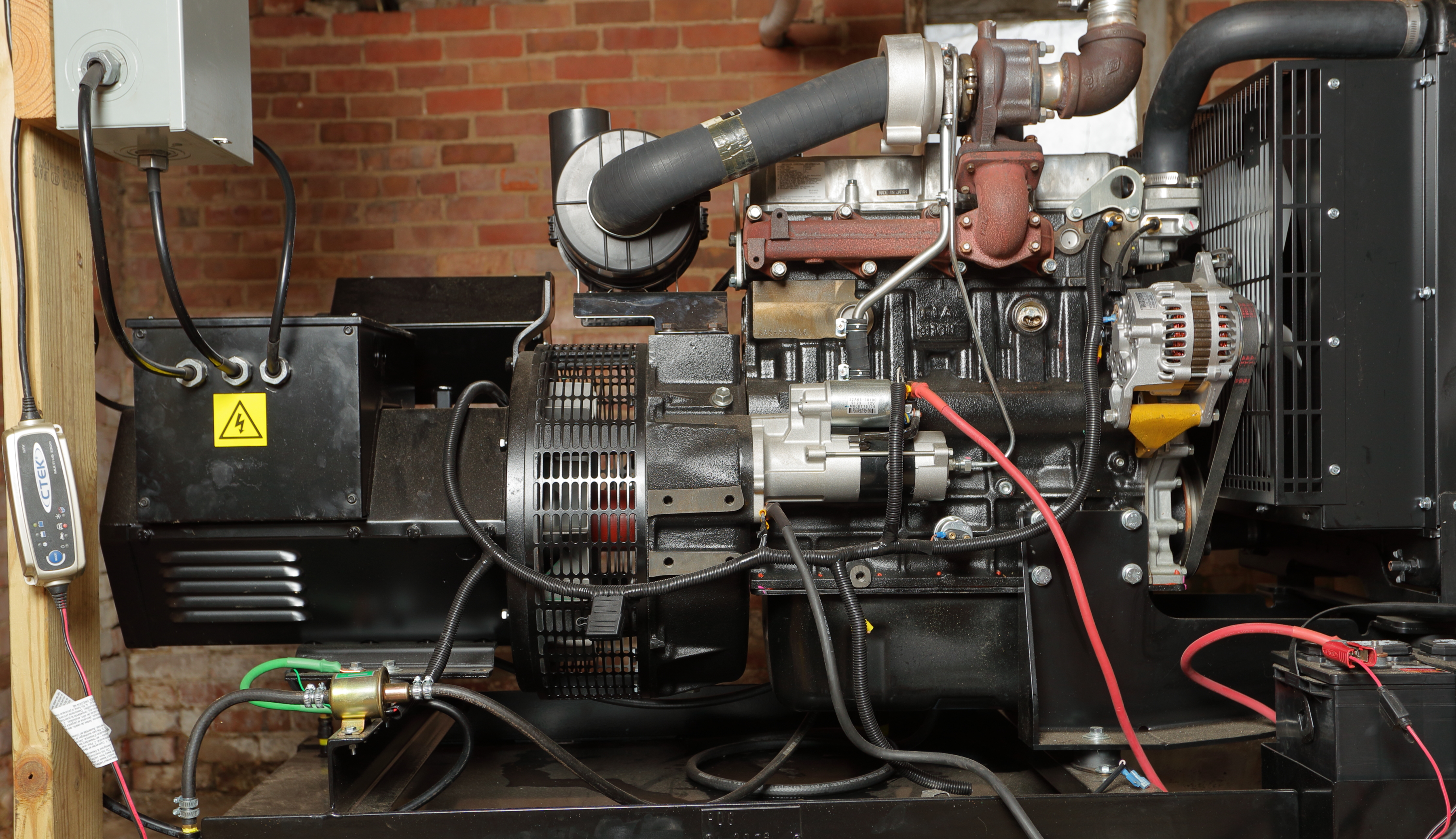 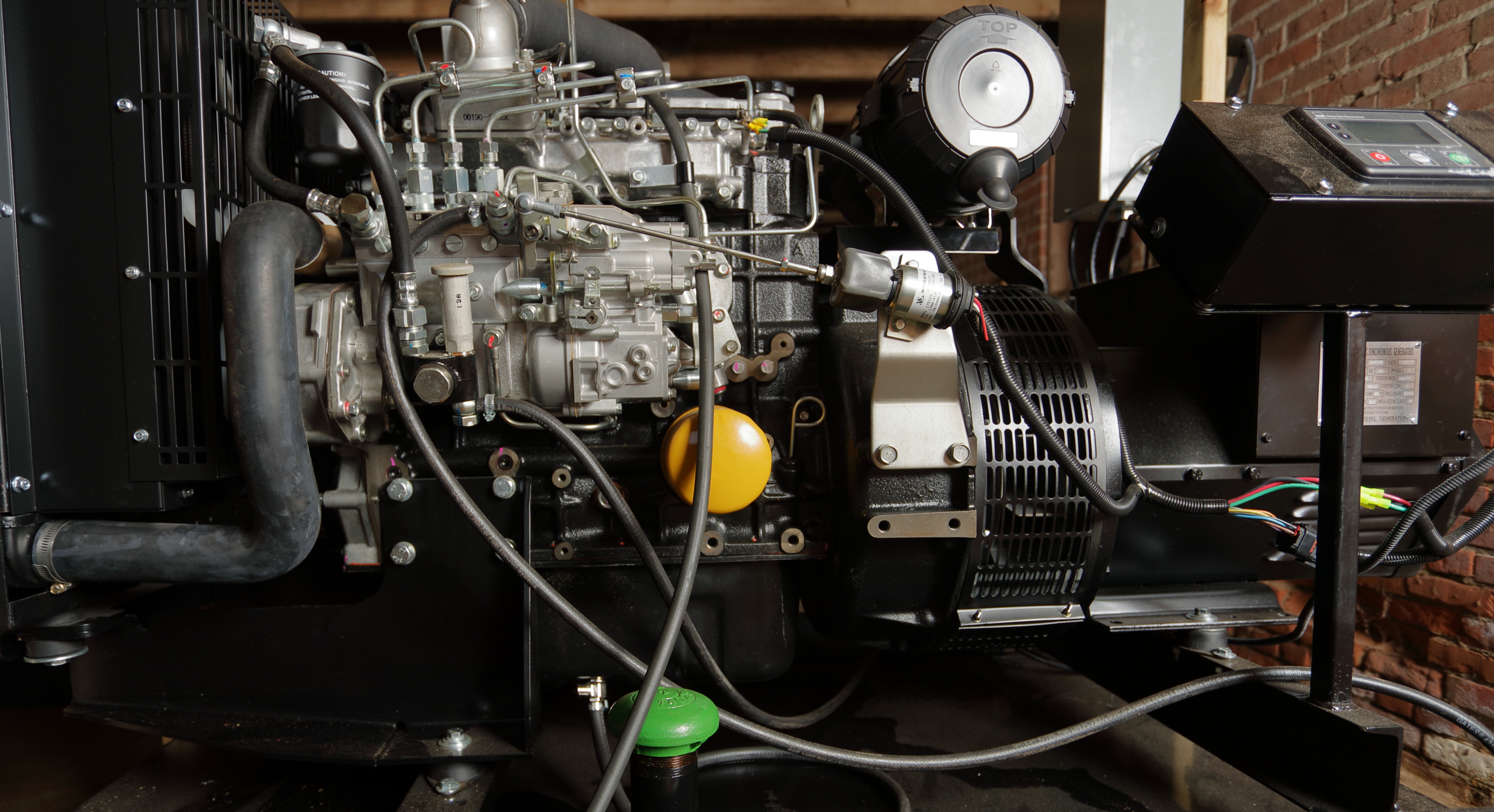 Oh, I don't know, that looks pretty cool.  I love machinery.  We just got a chance to see the Big Boy steam locomotive. 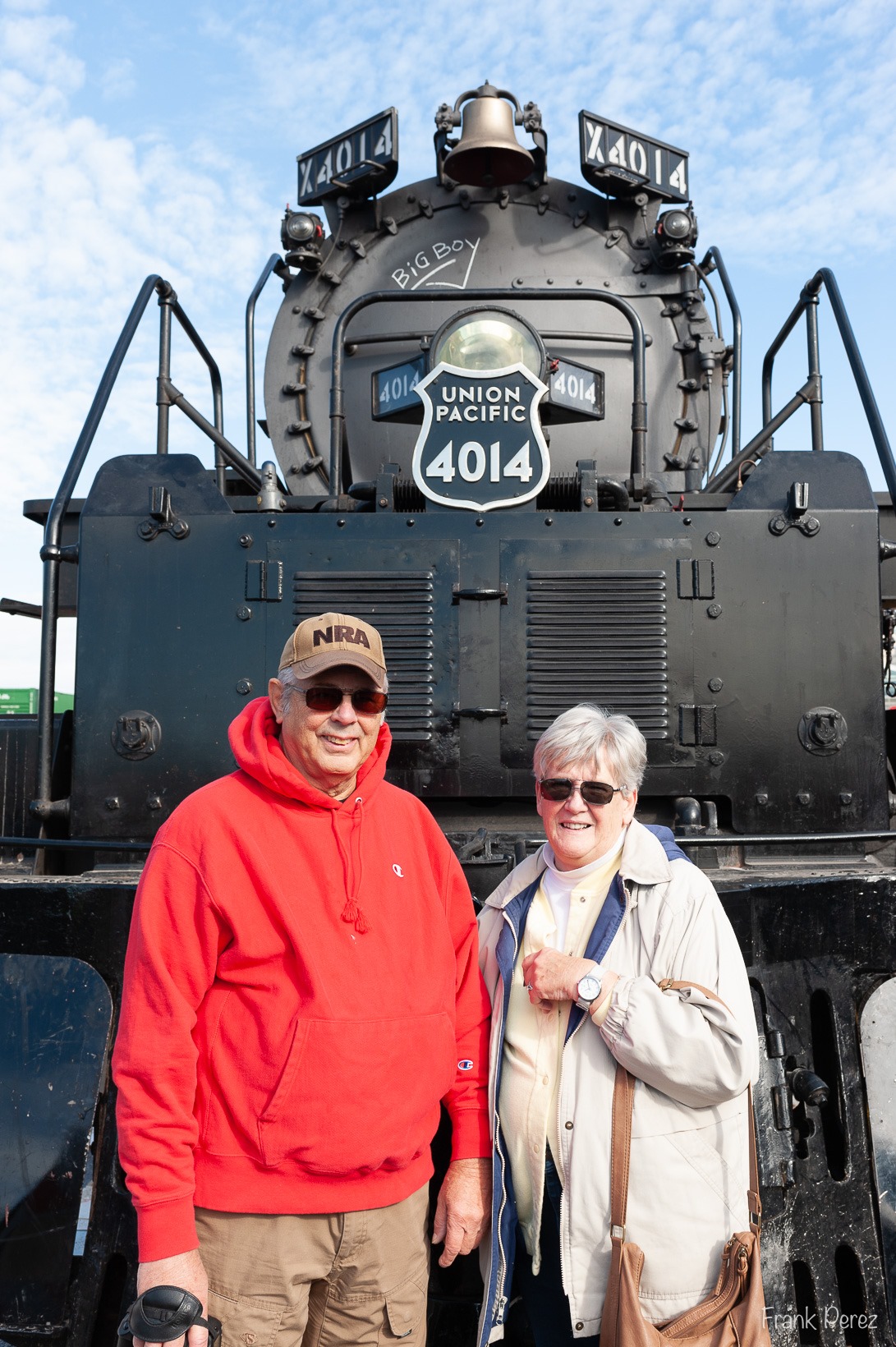 Of course I didn't take this shot and I don't like this side of the camera but they did get the name correct.  It is a Big Boy.

"...she would be happy to take it to college with her in a couple of years..."

You might want to warn darling daughter, the Siggy is very heavy.  As heavy as any of the big Canon "L" lenses. If it wasn't black you might think Canon made it. On a 1DX it is a hand full.