Auto-suggest helps you quickly narrow down your search results by suggesting possible matches as you type.
Showing results for
Search instead for
Do you mean
Reply
Topic Options
Highlighted
RyanRossman
New Contributor

Hey there, hoping to hear from some C100 users.  Recently I've noticed an issue with my viewfinder (which I don't use too often, but every once in a while).  For seemingly no reason my viewfinder screen will wack out and look almost like it's posterized itself.  It will lose contrast, color, part of the screen will disappear... it's quite frustrating.  Then it will randomly return to normal.

I contacted a Cinema EOS Support rep who said he hasn't seen or heard of the problem.  He advised me to send my camera (and pay for my own shipping and insurance!!) to a service facility with a note in the box describing the problem!  He didn't give me a service number or repair number or anything.  I'm not too excited about the idea of putting my brand new C100 in a box and sending it away with no formal instructions.

Anyways, before I look into repair, just wondering if anyone has experienced anything like this, or know what could cause the problem.  I've included images taken with my iPhone illustrating the problem.  Pics aren't amazing but you can definitely see. 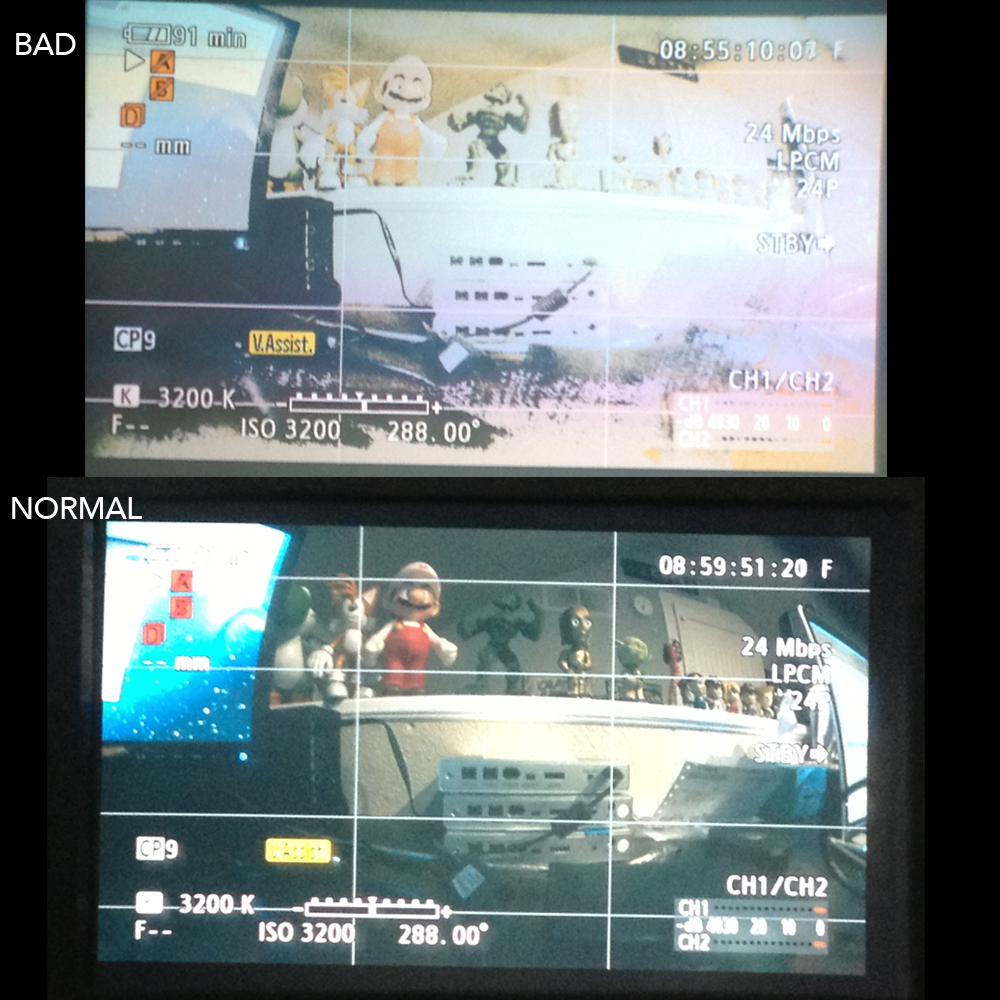 Just wanted to say that Canon has helped me with this issue.  I sent my C100 in for repair and their customer service was great.  Repair only took 5 days.  Back shooting in no time.

Good to hear the good news. What was the problem with the viewfinder?