Auto-suggest helps you quickly narrow down your search results by suggesting possible matches as you type.
Showing results for
Search instead for
Do you mean
Reply
Topic Options
Inapickle
Super Contributor

Last Autumn, while out for 'lock-down' strolls in my locale, I took the opportunity to compare the Normal, Wide DR and Highlight Priority 'looks' (picture profiles) available on my HF-G40.

Here's one of the test series before and after grading. No 'people' shots unfortunately, just the occasional 'socially distant' traveler passing by

After grading (DaVinci Resolve) - post-sharpening was only applied to the Wide DR clips:

And after further processing (Noise Reduction, Sharpening) with AVISynth filters:

I prefer to denoise and sharpen at the same time to achieve the best outcome. Sometimes after removing noise and sharpening it's advantageous to add back some noise to retain texture and promote 'natural dithering' after editing/grading in a 10-bit depth system and converting back to 8-bit. I didn't add back any noise in this case though.

It's a pity Canon dropped 'Highlight Priority' on the subsequent 4K models. Granted, straight of the camcorder it looks under-exposed; actually Canon promoted it as as kind of 'HDR look' that should be played back on a screen with increased brightness. But it is gradable and with the right tools and some work it can produce very nice results - frankly I was amazed at the level of fine detail that is preserved in the highlights and how much can be pulled out of the shadows before noise becomes conspicuous. Works very nicely for landscapes (and snow scapes, as I've discovered subsequently) and accentuating fine detail in close-ups. High contrast scenes, with a dark foreground, are more challenging.

Wide DR is a lot noisier (the shadows especially) and softer, and suffers some loss in fine detail. I found no particular benefit in increasing or decreasing the level of in-camera sharpness (Looks >'Image Settings'). Increasing the Sharpness didn't recover any more detail and only amplified artifacts (ringing etc). Decreasing the Sharpness required much stronger sharpening in-post and at the lowest (-2) setting feint detail became more fragmentary.

I wonder if Canon would consider bringing Highlight Priority back on the 4K models ? Doubtful I guess, especially now that the latest firmware update has added CLog3 gamma with new 'Custom Picture' feature. But one can ask.

Anyhow, hope this is of some interest. 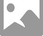 Thanks very much your your reply

Yes, 'Midtone Detail' (MD) defnitely helps to 'bring back' detail. It is adding 'local contrast' (equivalent of 'Clarity' in PS). At first I pushed the MD up to around 40 in the Wide DR grades, but when I performed 'difference analysis' on the luminance I realized it was promoting subtle, diffuse 'macro-halos' around high-contrast edges, notably objects (trees etc) set against the skyline, which were clipping. I've called them 'macro-halos' as distinct from the thin halos seen at the micro-level around the edges of sharpened detail, but it's essentially the same phenomenon - overshoot.

So I brought the MD down to around 25. In the second video (first graded version) above I topped that off with a light sharpening (0.48). Any more than that tended to amplify in-camera sharpening artifacts and noise. I also applied a little MD in the graded Standard and Highlight Priority clips, but no internal sharpening per se. Personally, I think the 'unsharpened' Standard and Highlight Priority grades are sharp enough when played on my HDTV and UHD TV. But for uploading to YT additional sharpening (after denoising) gives them a bit more punch - 'crisper'. A matter of personal taste, I guess.

Noise Reduction is only available in DR Studio, and I'm using the 'free' (Lite) version, so that's not an option for me any way. Denoising the clips before importing to DR would mean an additional transcoding step - I used to do that but it's very tedious. So I tested a variety of AVISynth filter combinations for denoising and sharpening the exported DR grades (Cineform 'Best' = Filmscan 2). In the third video (second graded version) I used KNLMeansCL (an Open CL implementation of the Non-Local Means algorithm) for denoising - very nice for removing 'white' Gaussian noise without discernible loss in detail. For sharpening I chose LSFMod, which aims to achieve optimal control of sharpening artifacts (halos/ringing, aliasing, confetti artifacts), and does to a large degree. Using open-source scripted software like AVISynth is not everybody's cup of tea, but I've been doing it for many years, since the DV days.

I didn't do any chroma denoising. In fact, color adjustments in the graded clips were minimal and for the most part amounted to balancing the blacks, which Wide DR needed more often.

Very nice indeed ! Did you use the 'Super-scale' function when upscaling to UHD ?

All of my test clips were shot with auto-exposure ( Program AE), Auto AGC and default 'Image Settings', so as to not introduce any bias in the comparisons. I did apply degrees of highlight-pulldown ( 'HL' highlight tool ) in many of the Standard mode grades to recover what near-blown detail was possible. I have also tested (separately) reducing the 'Brightness' (Looks > Image settings) in Standard picture mode. This does recover more highlight detail in higher contrast/back-lit scenes, but then it's necessary to lift the shadows in-post to compensate, and at the expense of marginally increased noise levels - so there is always some trade-off. Still, it does offer a way of 'exposing, a little, to the left' when shooting in auto exposure mode.

Edit: I neglected to mention that Auto Backlight Correction was turned off in all of the above Standard mode test clips, as is my usual practice. In Wide DR and Highlight Priority that setting is not available anyway.

No, I didn't use Super scale. I just changed the timeline resolution from HD to UHD.

Here's my YT channel trailer. Everything except  the rail trolley was shot on the G40 in WDR at 50fps MP4 38Mbps with manual exposure and Instant Auto Focus. Again upscaled by changing the timeline resolution. Rendered at 80Mbps.

Thanks, yes, I have watched your channel before and have always been impressed with your work.

Here I took the graded (unsharpened) 1080p60 (Cineform) exports and upscaled to UHD with 'Super-scale' via the Media Management transcode function.This was using DR 15 where 'Super-scale' was available in the free version also; in DR 16 it became a 'Studio-only feature (crafty). 'Super-scale' settings: 2X with Medium DR and Sharpness.

And here the UHD upscale downscaled to QHD (1440p60) with AVISynth Spline36Resize:

The results are quite impressive, I think, especially Highlight Priority. IMO, the QHD upload looks a little better than the UHD upload viewed at 1440p60 quality. My only frustration is that it does not allow fine control over the degree of NR and sharpness - limited to Low, Medium, High.

I have also experimented with AVISynth filters for upscaling. Best effort thus far was using an HLSL Pixel Shader ('SuperRes") that wraps around other resizers, in this case NNEDI3. Here the Highlight Priority grade of one of those series upscaled to UHD:

Not bad, but the processing is very intensive computationally and slow.